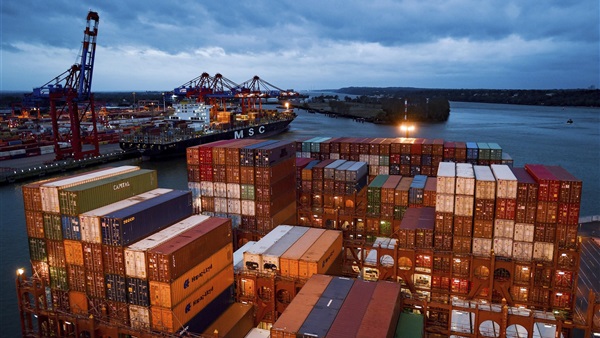 Growth ground to a halt at the end of the year in Germany, Europe’s largest economy, as manufacturing remained in a slump and exports fell, official figures showed Friday.

The flat reading underlines the challenge facing the broader eurozone economy as it struggles against headwinds from the U.S-China trade dispute and Britain’s departure from the European Union.

Both the German and eurozone figures were the weakest since 2013, when the region was suffering from a debt crisis that nearly spelled the end of the euro currency.

Germany’s state statistics agency said Friday there was zero growth in the fourth quarter and a mediocre 0.6% increase for the whole year. The figures did not change the disappointing reading for the entire eurozone of 0.1% growth during the fourth quarter.

Germany’s troubles are a central problem for the 19-country eurozone economy and the European Central Bank, which is trying to stimulate flagging growth and inflation with negative interest rates and bond purchases with newly printed money.

Germany has been a manufacturing and export champion in recent years but those areas have been sluggish. Consumer spending and services businesses have held up better and kept the country out of recession.

Slowing global trade and the uncertainty caused by the U.S.-China conflict over trade have been one headwind, as businesses wonder if new tariffs, or import taxes, will disrupt their supply chains of raw materials and parts. Another is structural change in industry, particularly the auto business, where companies must sink billions into developing electric cars and new services based on smartphone apps, both to meet regulatory pressure for lower greenhouse gas emissions and to head off competition from new entrants from the tech industry.

Germany and the eurozone also face the possibility of disrupted trade with Britain, which left the EU on Jan. 31. Negotiators must work out a trade deal by the end of the year to avoid new tariffs and barriers to products, and time is short to reach agreement on the complex issues involved.

And on top of all that come worries about the spread of the coronavirus which causes the COVID-19 illness.

“The effect of coronavirus on global supply chains is likely to keep eurozone and German growth subdued in the short term,” said Rosie Colthorpe, European economist at Oxford Economics.

The three biggest economies in Europe all stagnated or shrank in the last three months of the year — number 2 France saw output contract, albeit by a modest 0.1% while heavily indebted Italy shrank 0.3%.

Carsten Brzeski, chief economist at ING Germany, said recent hopes for a modest upswing were looking a little premature at this point.

“In general, the German economy remains stuck between solid private consumption and a paralyzed manufacturing sector,” he said in a note.