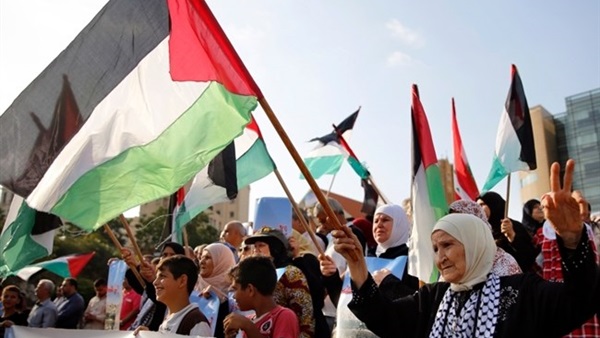 Palestinian-backed plans for a UN security council vote on Tuesday designed to show international opposition to Donald Trump’s Middle East peace plan are expected to be shelved after the US and the UK raised separate objections to the draft text.

In what was being seen as a key test of the diplomatic support for Trump’s “ultimate deal”, Tunisia, with Arab League and Palestinian support, had tabled a resolution saying it breached basic undertakings to the Palestinian people.

Without the resolution, the Palestinian president Mahmoud Abbas will use his speaking slot to rail against the US president, who he has long rejected as a brazenly bias in favour of Israel’s government.

The diplomatic episode was also seen as a key test of whether post-Brexit Britain would stick to its longstanding positions on the Middle East peace process or instead seek to avoid a clash with the Trump administration by abstaining on the Tunisian text.

In an effort to find a compromise the UK on Monday called for changes to the draft text, including the insertion of a call for both Israel and the Palestinians to return to negotiations. The formula would allow the British not to endorse the Trump plan but to portray it as a possible basis for negotiations.

The US set out an array of objections to the Tunisian text and indicated it would veto the resolution if it was not rewritten. Tunisia may now shelve Tuesday’s vote to allow time for consultations.

Palestinian sources confirmed that they were not likely to get the support they had once expected for the resolution. The outcome is likely to be seen as a rare diplomatic success for the US at the UN on the Middle East issue.

In a separate failed attempt to rally opposition, Abbas was scheduled to speak alongside former Israeli prime minister, Ehud Olmert, at a joint press conference in New York later on Tuesday.

It was expected that Olmert, who negotiated with Abbas in 2007 for a peace deal, would support the Palestinian president’s position on Trump’s plan. However, when pressed on the issue by Israeli media, Olmert said the two would only meet privately and refused to reject Washington’s proposal.

Washington has been putting pressure on UN security council delegations for days in an attempt to ensure it would not be isolated in Tuesday’s planned vote. Such has been the pressure that last week the new Tunisian government felt forced to recall its highly experienced and respected UN ambassador, Moncef Baati.

Jared Kushner, Trump’s son-in-law and the architect of the plan, met key diplomats on Thursday in New York to seek support and seems to have faced resistance from European countries including France which asked why the Palestinians had not been consulted.

Josep Borrell, the EU’s foreign policy chief, caused a stir when he condemned the US plan, saying future Israeli annexations of West Bank settlements could not pass unchallenged, and reiterated the EU’s commitment to a viable two-state solution.

Last month in the House of Commons, Boris Johnson said the Trump plan had its merits though “no peace plan is perfect”. The UK foreign secretary, Dominic Raab, described the plan as “clearly a serious proposal, reflecting extensive time and effort”.

“It may be the Americans view this as similar to a real estate deal. You bid low and expect the other side to come back high,” one said.

Britain has in the past broken with the US on the issue, including when Johnson was foreign secretary and the UK rejected a US proposal to recognise Jerusalem as the capital of Israel.