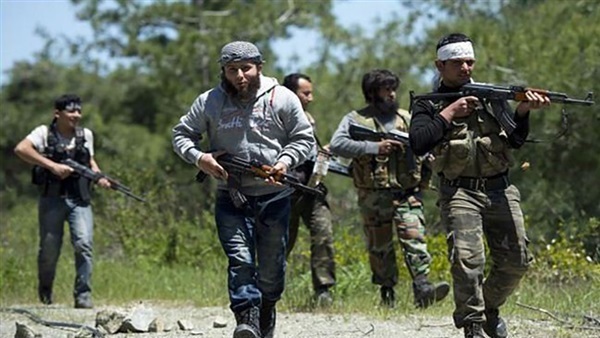 The Syrian Observatory for Human Rights announced that the number of Syrian mercenaries loyal to Ankara who arrived in the Libyan capital, Tripoli, rose to about 2,400 armed men, indicating that recruitment operations continue in the areas under Turkish control in northern Syria.

The Observatory, which is based in Britain, said that Turkey wants about 6000 Syrian mercenaries in Libya, as Erdogan recently announced sending troops to Libya without specifying its identity.

It is noteworthy that Turkey is engaged in supporting the Fayez al-Sarraj government in the Libyan capital, Tripoli, terrorist organizations and armed militias affiliated with it with money and weapons, and sending Syrian mercenaries loyal to Turkey, despite the UN Security Council resolution banning the supply of arms to Libya since 2011.

Since the beginning of the "Flood of Dignity" operation launched by the Libyan National Army in April 2019, to liberate Tripoli from terrorist organizations and armed militias, the armed forces have shot down more than 30 Turkish anti-militia aircraft.