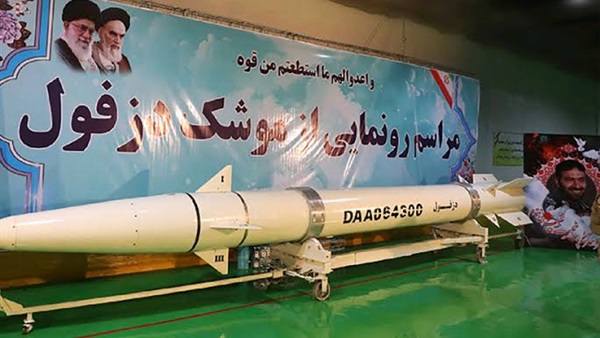 Iran has used the continuing chaos in Iraq to build up a hidden arsenal of short-range ballistic missiles in Iraq, part of a widening effort to try to intimidate the Middle East and assert its power, according to American intelligence and military officials.

The buildup comes as the United States has rebuilt its military presence in the Middle East to counter emerging threats to American interests, including attacks on oil tankers and facilities that intelligence officials have blamed on Iran.

The missiles pose a threat to American allies and partners in the region, and could endanger American troops, the intelligence officials said.

Iraqis “do not want to be led around on a leash by the Iranians,” Representative Elissa Slotkin, Democrat of Michigan and a member of the House Armed Services Committee, said in an interview. “But, unfortunately, due to the chaos and confusion in the Iraqi central government, Iran is paradoxically the best poised to take advantage of the grass-roots unrest.”

Iranian officials did not return a request for comment.

An arsenal of missiles outside its borders gives advantages to the Iranian government, military and paramilitary in any standoff with the United States and its regional allies. If the United States or Israel were to bomb Iran, its military could use missiles hidden in Iraq to strike back. The mere existence of those weapons could also help deter attacks.

Intelligence officials would not discuss the precise model of ballistic missile Iran has sneaked into Iraq. But short-range missiles have a range of just over 600 miles, meaning that one fired from the outskirts of Baghdad could strike Jerusalem.

American intelligence officials first warned about new Iranian missiles in Iraq last year, and Israel launched an airstrike aimed at destroying the hidden Iranian weaponry. But since then, American officials have said the threat is growing, with new ballistic missiles being secretly moved in.

Officials said Iran was using Iraqi Shiite militias, many of which it has long supplied and controlled, to move and hide the missiles. The Iranian-backed militias have effectively taken control of a number roads, bridges and transportation infrastructure in Iraq, easing Tehran’s ability to sneak the missiles into the country, officials said.

“People are not paying enough attention to the fact that ballistic missiles in the last year have been placed in Iraq by Iran with the ability to project violence on the region,” said Slotkin, an expert on Shiite militias who recently visited Baghdad to meet with Iraqi and American officials.

Slotkin pressed Iraqi leaders on the threat from Iran, telling them that if Iran launched a missile from Iraqi territory, it could threaten the American training effort in Iraq and other support from the United States.