Erdogan-alSarraj Agreement: Who has nothing gives who does not deserve 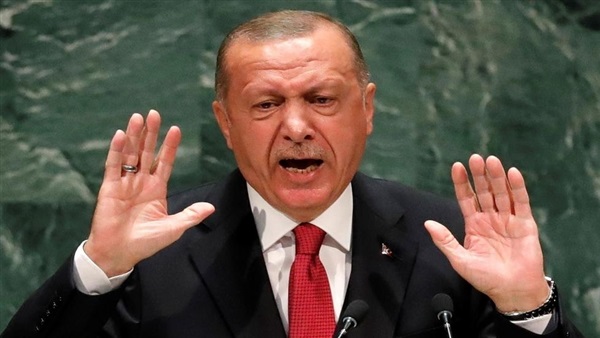 Ahmed Adel
طباعة
As part of the blatant interference of Turkey on Libyan territory and its role in supporting armed militias and the Wefaq Brotherhood government led by Fayez al-Sarraj, the Libyan Wefaq government and Ankara signed two agreements on Wednesday 27 November 2019, one on security cooperation and the other in the maritime field, during the gathering of al-Sarraj.
Turkey is keen to provide all kinds of material and strategic support to the militias, which is protected by Fayez Sarraj, President of the Presidential Council of the Government of Accord in Tripoli, and then ignite the situation in the country.
In September 2019, Maj. Gen. Ahmed al-Mesmari, spokesman for the Libyan National Army Operations Room, announced that a shipment of weapons had been seized in the port of Misrata from Turkey.
The army also announced that its fighter jets had targeted a transport plane loaded with ammunition and equipment at Misrata military airport and destroyed it in addition to three strikes.
At Misrata military airport, there is a military base belonging to the Government of Al-Wifaq, which is of paramount strategic importance, through which the armed militias of the government of Fayez Al-Sarraj are supported.
According to Libyan political and human rights researcher Abdullah al-Khafifi, al-Sarraj failed to obtain more deals of Turkish weapons, especially aircraft after the destruction of the Libyan army and the chambers of control and guidance antennas, and proved ineffective in the battle.
He stressed in a statement to the Reference that Turkey will work in accordance with the agreement to establish military bases in Libya, which proves the legitimacy of the Libyan National Army in its move towards Tripoli; to eliminate militias and cross-border terrorism, and the Turkish occupation of the territory.
On the political level, Turkey and Sarraj lost the most important regional countries in conjunction with the approach of the Berlin Conference, noting that such a step will strengthen the axis of the Arab moderates, as well as the French congestion of the Turkish insult to French President Emmanuel Macron on NATO.