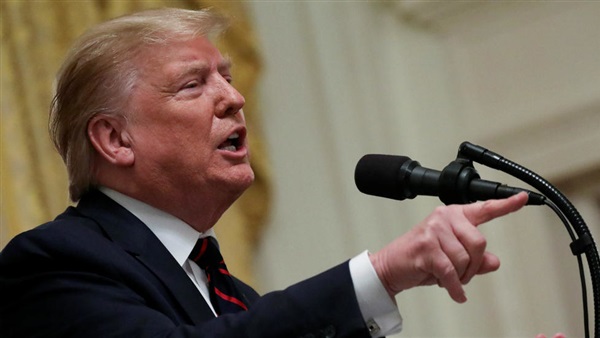 As Donald Trump repeated his demand that the whistleblower who triggered the impeachment inquiry should be identified, White House counsellor Kellyanne Conway refused to say the president did not offer the leader of Ukraine a quid pro quo involving military aid and the investigation of his political rivals.

That is the issue at the heart of impeachment proceedings: whether or not nearly $400m in military aid to Ukraine was illegally withheld, pending Trump’s demand that Volodymyr Zelenskiy investigate alleged corruption involving Joe Biden and other supposed wrongdoing linked to Democrats in 2016.

“The whistleblower got it sooo wrong that HE must come forward,” Trump tweeted on Sunday. “The Fake News Media knows who he is but, being an arm of the Democrat [sic] Party, don’t want to reveal him because there would be hell to pay. Reveal the Whistleblower and end the Impeachment Hoax!”

The whistleblower’s lawyer later said the unnamed CIA official was willing to answer Republican questions in writing, but not to be identified.

In a heated exchange on CNN’s State of the Union, meanwhile, Conway refused to answer yes or no when asked if Trump had ever offered Zelenskiy a quid pro quo.

“I don’t know,” she said, “but I know they’ve got their aid. Here’s what’s unimpeachably true: Ukraine has the aid, and the Ukrainian president has said he had no idea the aid was being held up and felt no such pressure.”

Trump took a different tack. When the president returned to the White House from New York, the Guardian asked him directly if there was a quid pro quo.

Trump, White House aides and their Republican allies continue to attempt to paint a 25 July call between Trump and Zelenskiy as wholly innocent, despite the evidence contained in its own partial transcript and sworn testimony from national security officials.

That testimony was given to House members on Capitol Hill in private. After Republican complaints about the closed-door proceedings – in which Republican representatives took full part – Democrats this week staged a House vote, clearing the way for public hearings.

On CBS’s Face the Nation, House minority leader Kevin McCarthy said intelligence chair Adam Schiff “and his staff” should be questioned in public “because he is the only person who knows who this whistleblower is”.

On CNN, host Dana Bash stuck to her guns, asking Conway to “definitively” say no quid pro quo was ever offered to Ukraine.

“There was no quid pro quo on this call,” Conway said, carefully, brandishing what appeared to be the partial transcript of the Zelenskiy call. “President Trump never said to the Ukrainian president, ‘Do this and you’ll get your aid.’ It’s simply not here. It’s not in the transcript.”

On Capitol Hill this week, Lt Col Alexander Vindman, a national security staffer, testified that he had been concerned by what was said in the call, by steps taken to keep it secret and by what he said were inaccuracies and omissions in the published version.

Trump called Vindman a “Never Trumper”, a kind of Republican he recently called “human scum”. Conway deflected questions about whether the president would apply that description to Vindman, who was wounded in Iraq and who attended his testimony in his army uniform.

Whatever the president did, Conway said, again following the party line, it was not an impeachable offense. Speaking to Fox News Sunday, she added that Trump could not be impeached based on interpretations of his actions by White House staffers.

“We impeach presidents of the United States sparingly and because 67 senators say that a democratically elected president needs to be removed,” she said, “not because a couple of news outlets say there are eight quid pro quos in the transcript.”

If the House votes to impeach Trump, as would be expected on party lines, his trial would be held in the Senate. Twenty Republican senators would have to vote against the president for him to be convicted and removed.

That remains unlikely. A number of Republican senators have gone so far as to say Ukrainian aid was indeed held up unless Zelenskiy agreed to investigate Biden, but they have added that it was not an impeachable offence to do so.

Conway said: “The reason you see every single Republican vote against an impeachment inquiry is because they haven’t seen evidence of high crimes or a misdemeanour.”

On CNN, Bash pressed on. Was Conway confident there was never a quid pro quo?

“I don’t know whether aid was being held up,” Conway said. “But I do know that we’re trying to impeach a president … but why? There’s nothing in this conversation so far resonates in this country, especially in the 17 swing states.”

As Conway held the White House line on TV, her husband George Conway was busy on Twitter: recommending articles and books about the impeachment process.

A high-profile Republican lawyer, he has emerged as one of Trump’s most vehement critics online and in the press. The mysteries of his marriage remain a hot gossip item.