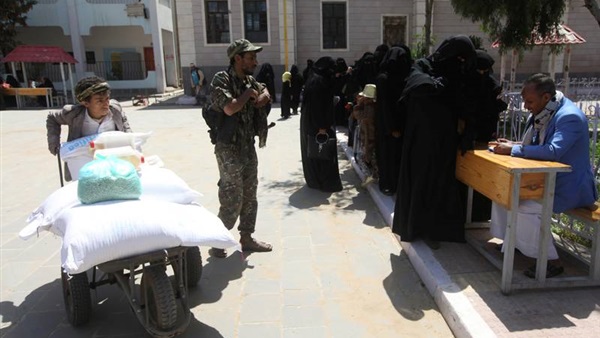 At the same time, WFP said it still needed $600 million from donors to provide uninterrupted food deliveries for the next six months in the war-torn country. Rations could be cut from October if funds are not forthcoming, it added.

Houthi forces have used access to aid and food as a political tool, exacerbating what the United Nations calls the world’s worst humanitarian crisis, with high rates of severe child malnutrition.

“New numbers from the August distribution cycle indicate that the UN World Food Programme has reached a record 12.4 million food-insecure people with food assistance in August. This is the highest number ever reached,” WFP spokesman Herve Verhoosel said in a statement.

WFP previously reached about 11 million Yemenis per month with rations.

The agency halted most aid in Sanaa on June 20 out of concern that food was being diverted, through a local partner, away from vulnerable people. However, it maintained nutrition programs only for malnourished children, as well as pregnant and nursing mothers.

WFP resumed distributions to 850,000 people two months later in the Yemeni capital after reaching an agreement with the Iran-aligned Houthi authorities who control the city. WFP said at the time a biometric registration process would be introduced for 9 million people living in areas under Houthi control.