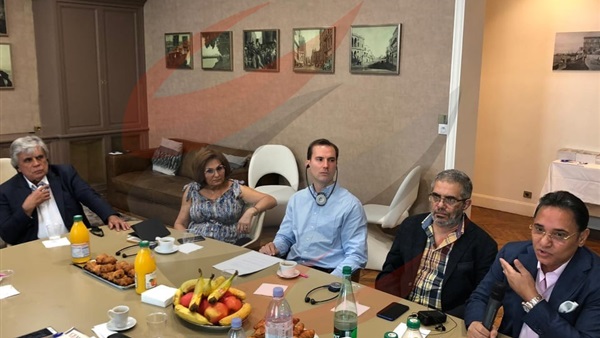 French writer Joachim Veliocas revealed Saturday that two Turkish institutions are active in the construction of mosques in France.

A socialist French mayor, he added, had offered a plot of land in return for money for the construction of a mosque in Turkey with the aim of spreading the ideology of the terrorist Muslim Brotherhood organization.

He noted at the monthly breakfast seminar of the Center for Middle East Studies in Paris that Turks are present in large numbers in French suburbs as well as in central Paris.

The mayor who offered the plot of land for the mosque construction also participated in the conference of the Federation of Islamic Societies, Veliocas said.

He revealed that as many as 151 French students had travelled to Turkey to study Islamic theology.

"These students will return to France, bringing with them the extremist knowledge they acquired in Turkey," Veliocas warned.

He referred to the presence of three primary and secondary schools in France, where Turkey teaches what he described as "extremist ideologies".

The seminar is organized on the sidelines of the G7 summit in Biarritz, a seaside town on the southwestern French Basque coast.

Egyptian President Abdel Fattah al-Sisi is attending the summit for the first time.

Mariam Benrand, a political violence specialist at the Arab and Islamic World Research and Studies Institute of the French Ministry of Higher Education, is also participating in the seminar. .