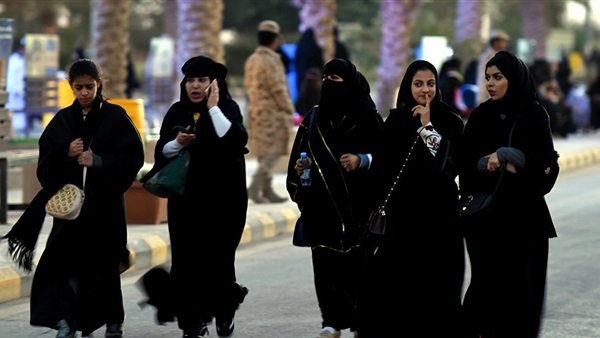 “Mohammed bin Salman brought life back to Saudi Arabia,” said Muneera Abdullah, speaking to Al Arabiya English about a photo of her hugging a portrait of the Saudi Crown Prince that went viral after Friday’s breakthrough changes to the Kingdom’s guardianship laws.

According to the law’s amendments, Saudi women above 21 will be allowed to apply for passports and travel freely without the permission of a male guardian. Other changes issued in the decrees allow women to register a marriage, divorce, or child’s birth and to be issued official family documents. It also stipulates that a father or mother can be legal guardians of children.

For women, being able to obtain family documents could facilitate the process of obtaining a national identity card and enrolling their children in school.

Thirty-year-old Muneera, who is based in Riyadh and works in tech, said she is “very happy to have a leader [the Crown Prince] who shares the people’s wishes and love for life.”

A symbol of empowerment

Muneera said the picture was taken earlier this summer to mark a turning point in her life made possible by another one of the Crown Prince’s reforms. “On June 1, 2019, I watched a film at the cinema for the very first time in my life,” she said. “When I left the movie theater, I saw a picture of the Crown Prince and I ran over to hug it.” Seeing this, her sister spontaneously captured the moment.

Although Muneera first posted the photo in June, it went viral on social media sites soon after the legislation was announced. It has already become a symbol of the Crown Prince’s continuous efforts to empower women.

“I was filled with gratitude. If he [the Crown Prince] had been in front of me, I would have hugged him,” Muneera said. “The photo is very dear to my heart.”

“I have always said that us women would be a force of change in Saudi Arabia – and we are,” Muneera added.

“History in the making”

Princess Reema bin Bandar, Saudi Arabia’s Ambassador to the US and the first Saudi female ambassador, said on Friday that the new developments for women were “history in the making.”

“I am elated to confirm that Saudi Arabia will be enacting amendments to its labor and civil laws that are designed to elevate the status of Saudi women within our society, including granting them the right to apply for passports and travel independently,” the ambassador said in a tweet.

“These developments have been a long time coming. From the inclusion of women in the consultative council to issuing driving licenses to women, our leadership has proved its unequivocal commitment to gender equality,” she added.

“They call for the equal engagement of women and men in our society. It is a holistic approach to gender equality that will unquestionably create real change for Saudi women,” she said, adding that women “have always played an integral role in our country’s development, and they will continue to do so moving forward on equal footing with their male counterparts.”

Al Anoud bin Juma, a 21-year-old Saudi woman based in Riyadh, told Al Arabiya English “it’s about time” that these changes are taking place for women in the Kingdom.

“The only thing that was missing in the past for Saudi women was the ability to travel without a male guardian’s consent,” she said.

Aseel Shawli, a 26-year-old Jeddah resident, echoed Princess Reema’s remarks, saying that the new legislation is “history in the making.”

“Words can’t even describe how amazing it feels to travel without unnecessary hassles,” she said.

Shawli added that the past few years have been “life-changing” for women due to the changes the Crown Prince has brought to the country.

“From more job opportunities, to the ability to obtain drivers licenses, and now finally being able to travel freely – we [Saudi women] are overwhelmed with joy.”