‘This torture has destroyed our lives’: Swedish-Iranian doctor threatened with imminent execution 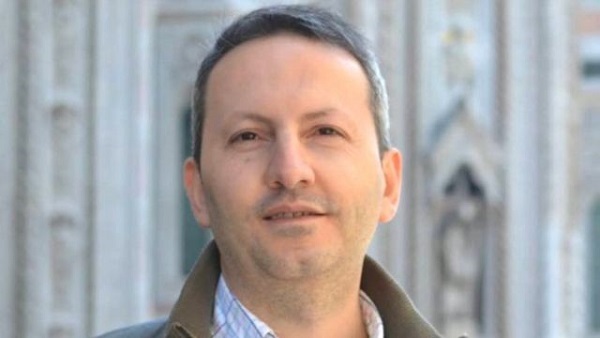 It was a normal work trip, similar to ones that he had taken many times before to Iran for a conference or consultation. And her biggest worry was that she’d be overwhelmed at home with their two kids.

But Vida Mehrannia’s husband never returned from his trip to Tehran six years ago. Ahmadreza Djalali, a Swedish-Iranian physician specialising in disaster management, was instead arrested, charged with espionage and eventually sentenced to death.

He has mostly been held in solitary confinement in a case that has become geopolitically entangled with a major ongoing human rights prosecution unfolding in Stockholm.

And then this week came a fresh shock for the 47-year-old Stockholm biochemist, her 19-year-old daughter and 10-year-old son: a report that said Iran would execute Mr Djalali in two weeks.

“It’s a kind if torture against us and against him.” Ms Merhannia said in an interview. “This torture has destroyed our lives. What we have suffered is incomparable to anything.”

According to an unnamed source cited in a cryptic report by the semi-official Iranian Students News Agency, Mr Djalali, a 50-year-old Iranian-born naturalised Swede, is scheduled to be executed on 21 May after being convicted on charges of spying for Israel.

News of Mr Djalali’s possible impending death came as Swedish authorities wrapped up the trial of Hamid Noury, 61, a former Iranian prosecutor accused of playing a role in the torture and mass executions of more than 100 political  prisoners at a jailhouse near Tehran during a late 1980s killing spree ordered by the country’s then Supreme Leader Ruhollah Khomeini.

Hadi Ghaemi, executive director of the Centre for Human Rights in Iran, accused Tehran of engaging in extortion and intimidation.

“There’s no rhyme and reason why they’re targeting dual nationals,” he said in an interview with The Independent.

“They are collecting the dual nationals to have as a bag of chips which they can then play. Experience has shown them that if they hold them long enough they will become useful. They’re using this case as an intimidation tactic to intimidate the Swedish justice system while it deliberates on sentencing Noury.”

Iran’s highest court upheld Mr Djalali’s death sentence in 2018.  He has been imprisoned since 2016, when he was arrested during a trip to the Iranian capital where he was invited by the University of Tehran. Prone to earthquakes, Iran is especially in need of Mr Djalali’s expertise.

“We had no worries,” said Ms Mehrannia. “He used to come and go. Not even for a second did I have any doubt about the trip.”

But Mr Djalali appears to have become entangled in the factional wars that were rife during the time. Hardliners in the security establishment were seeking to undermine the credibility of the then pragmatist government, and dual nationals and Iranians living abroad were being regularly detained. Among those arrested was Nazanin Zaghari-Ratcliffe, an Iranian-British aid worker arrested in 2016 and released only this year.

Mr Djalali has denied the accusation that he is a spy for Israel, which is based on confessions he and his family say were extracted under duress. In a letter from prison he accused the authorities of arresting him for refusing demands that he spy for the Iranian regime once he returned to Europe.

“One main motivation for taking the dual nationals is urging them to become their agents,” said Mr Ghaemi. “When they can’t turn them into agents, they have to keep them and build a case against them.”

Ms Mehrannia has said that Dr Djalali has been physically and mentally deteriorating in a solitary confinement cell where the light is on 24 hours a day, with limited access to his lawyers and relatives.  But she has had very little direct or indirect access to him in recent days because of the holidays marking the end of the Islamic holy month of Ramadan.

“The truth is we don’t know what is going on,” she said. “We don’t have any idea what is happening. And with this government, you can go to sleep and wake up and see that someone has been executed. They very easily sacrifice people. And this could be a merciless game.”

Human rights organisations, Swedish authorities and international officials have demanded Mr Djalali’s release. Stockholm granted him full citizenship in 2018 in a failed effort to convince Iran to release him.

The European parliament last year adopted a resolution calling on Iran to halt his execution and “to pardon and release him immediately and unconditionally, and to allow him to return to his family in Sweden”.

While no Iranian official has explicitly linked Mr Djalali’s case to Mr Noury, Tehran has stepped up calls for the release of the regime stalwart as his trial has come to a conclusion. The news agency report linked the decision to carry out the 21 May execution to the Noury case.

Following a conversation about the Djalali case between Swedish foreign minister Ann Linde and her  Iranian counterpart Hossein Amir-Abdollahian this week, Tehran issued a statement only referring to Mr Noury’s case, describing it as “illegal”.

Mr Noury faces trial on grave charges of violating international law under the legal principle of universal jurisdiction, which allows courts anywhere to try a suspect accused of the most heinous crimes against humanity.

He was arrested in 2019 after arriving in Stockholm on a holiday after three of his former detainees, now living in Sweden, filed a petition against him. His prosecution is the first anywhere in the world against any of the regime stalwarts involved in an infamous 1988 execution of thousands of Iranian prisoners allegedly connected to the Mujahedin-Khalq Organisation (MKO), which remains vehemently at odds with the Tehran regime.

Iran’s current president Ebrahim Raisi, then a young zealous revolutionary operative, also took part in the executions. In his statement following the conversation with Ms Linde, Mr Amir-Abdollahian accused Sweden of being “taken over” by the MKO.

A verdict in the Noury case is expected on 14 July.

Ms Mehrannia continues working full time as a biochemist while watching over her children and advocating on behalf of her husband. She is terrified of the possibility that her youngest boy will log onto the internet or turn on the news one day to find the worst has happened to his father, who she says was never politically active, never engaged in espionage and strove only to pursue science.

“I hope that Ahmadreza is not sacrificed to this game,” she said. “Because he’s really innocent.”