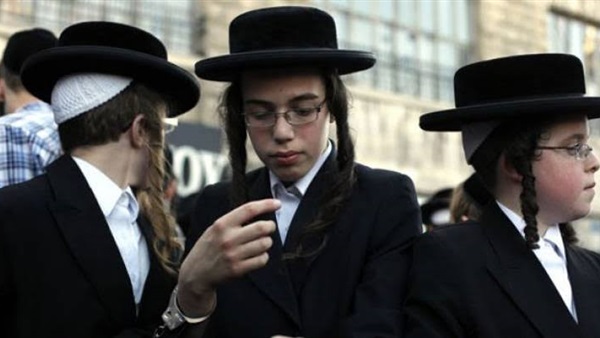 Jewish residents in a central Israeli city have formed an armed group they say is for self-defence, after a string of Palestinian attacks across the country sparked fears of a new wave of internal violence.

The mixed city of Lod, near Tel Aviv, became the focal point of communal bloodshed that flared in Israel last year, with the government and police struggling to control clashes between Arabs and Jews.

“Until now, I haven’t personally seen the need to carry a weapon but there are friends who have weapons, certainly. There is weaponry, doctors and medics,” said Michael Lichtenstein, who terms himself the “security coordinator” of the group. More than 50 volunteers serve in the group, based in Ramat Elyashiv, a Jewish area of the city that is a stronghold of rightwing religious nationalists.

Lod residents say they have yet to see the group on the streets. But according to its organiser, volunteers are already active in deterring alleged harassment of Jewish children by Arab youths, albeit without the use of guns.

Arab residents of the city see the new group as a militia that could target them, accusing the mayor of Lod, Yair Revivo, of backing its establishment.

To some on the Israeli far right, the potentially volatile development should be welcomed as boosting the police.

“The obligation and right of a citizen to defend himself takes priority and I have a problem with anyone who thinks these people are criminals,” said the Knesset member Simcha Rothman, of the Religious Zionism opposition party, who has moved to Lod temporarily from his settlement in the occupied West Bank to, in his words, bolster a Jewish community threatened by Arabs.

Last month, after the bloodiest attack in greater Tel Aviv in years, Israel’s hard-right prime minister called on citizens with gun licences to arm themselves. “What is expected of you, Israeli citizens? Vigilance and responsibility,” Naftali Bennett said in a video statement. “Whoever has a gun licence, this is the time to carry it.”

There has been a dramatic rise in applications for gun licences in Israel, according to the local Channel 12 television news.

In the wake of the attacks, Israeli troops have responded with deadly raids across the West Bank that are causing the deaths of civilians as well as militants and, critics say, adding fuel to the fire.

Lod, notorious for crime and gun violence among a minority of its Arab residents, offers a microcosm of how Arab-Jewish tensions are again rising across Israel, and not only in the occupied Palestinian territories. As Rothman’s relocation shows, the conflict in the West Bank is being imported into Israel proper by the same hardcore religious Jewish nationalists who are fuelling tensions in the area Israel captured in 1967.

For Lichtenstein and hardline nationalists, Israel’s future is at stake. “It worries me that [Arabs] aren’t afraid of the police, that the police don’t collect their weapons and that the army has lost its deterrence,” he said.

Chen Masika, a history teacher who supports Lichtenstein’s efforts, said the two sides had entered a battle in which the very existence of Jews in Lod and throughout Israel was at stake. “They want everything, not just Judea and Samaria,” he said, using the biblical terms for the West Bank.

Leaders of Lod’s Arabs, as well as leftwing Jewish Israeli observers, say the formation of militias can only help push the city to a fresh explosion of violence.

“How can we live together if their goal is to deter us from Jews and to frighten us?” asked Fada Shehada, an Arab city councillor. Last year, the city’s streets resembled a war zone, with Arabs and Jews attacked, Muslim graves vandalised and synagogues torched.

Lod’s Arab community are the descendants of Palestinians who stayed in the country after the 1948 war surrounding Israel’s creation, when an estimated 700,000 others were expelled or fled. While life was once relatively calm in Lod, known as Lydda in Arabic, today both Arab and Jewish residents say the Israeli police do not do enough to protect them.

Lichtenstein, who served for more than 10 years in the Israeli army, some of that as a logistics officer, said his new force would use weapons only in accordance with the law. Its backers say the group is in regular contact with the police.

Mayor Revivo’s office and that of the internal security minister, Omer Bar-Lev, did not respond to queries for this article.

The armed force was being primed to protect Jewish residents precisely because there could be a fresh oubreak of violence, Lichtenstein said. “I know that if events break out all at once the police won’t reach me in the first hours so my preparedness is for the first hours until the police come. The issue is what do I do to safeguard my neighbourhood and the families that live there?”

A resident coming out of a mosque who said he was a close relative of Musa Hassouna, an Arab Lod resident who was shot dead last year, said he expected further violence and, pointing towards a nearby Jewish neighbourhood, added: “Because of the settlers”. A Jewish Israeli, Yigal Yehoshua, was also killed in the May violence as a result of stone throwing at his car.

Lod’s Jewish residents recall an overwhelmed police force last year failing to respond to their calls for help. They say police have since improved but fear they are still not up to the challenge. Meirav Cohen, a 25-year-old teacher who lives in a mixed building, welcomed Jewish residents organising themselves for self-defence. “There is no choice. We don’t want to be where we were a year ago,” she said.

Eran Nissan, the head of the leftwing Israeli group Mehazkim, said the formation of militias in Lod reflected the fact that Israel was at a very dangerous juncture, especially in light of the current escalation.

“When you arm a society, it’s very hard to disarm it,” he said.