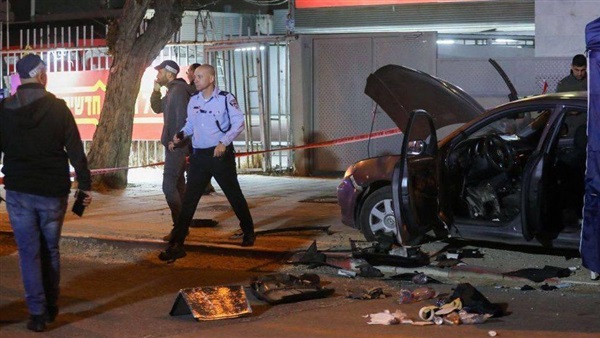 A pair of Arab gunmen killed two people and wounded several others in a shooting spree in the central Israeli city of Hadera.

The gunmen were killed by police, according to police and medical officials.

It was the second deadly nationalist attack carried out by Arab assailants in an Israeli city in less than a week. On Tuesday, a lone attacker inspired by the Islamic State group killed four people in a stabbing rampage in southern Israel before he was killed by passersby.

Israeli security officials said the two men were Arab citizens from northern Israel. They spoke on condition of anonymity because the investigation was continuing.

The attack comes just ahead of the volatile period of Ramadan and also threatened to cast a shadow over a gathering of foreign ministers in the Negev desert, where the Iranian nuclear deal was expected to top the agenda. Prime Minister Naftali Bennett rushed to the scene.

Israeli Foreign Affairs Minister Yair Lapid briefed his counterparts from the U.S. and four Arab countries, who condemned the attack. Lapid issued a statement calling it “heinous” and “an attempt by violent extremists to terrorize and to damage the fabric of life here.”

The Islamic State group claimed responsibility the attack, which it said killed two soldiers and injured 10, according to a statement posted on the group’s Telegram account early on Monday.

Earlier Hamas, the Islamic militant group that rules Gaza, praised the attack as a “heroic operation.”

Security camera footage circulating on Israeli media showed two bearded men appearing to open fire in Hadera before they are shot. An Israeli official said two members of the Israeli Border Police counterterrorism unit were in a restaurant near the attack, ran out and killed the assailants.

The Israeli rescue service MADA confirmed the deaths of one man and one woman, and said four people were wounded, two seriously. It released videos showing large numbers of police cars and ambulances in the area.

Following last week’s attack, Israeli officials voiced concerns about a possible rise in violence ahead of the Muslim holy month of Ramadan, when religious tensions are often heightened. Last year, clashes between Israeli police and Muslim protesters during Ramadan boiled over into an 11-day war between Israel and Gaza’s Hamas rulers.