She was in Abiy Ahmed’s cabinet as war broke out. Now she wants to set the record straight. 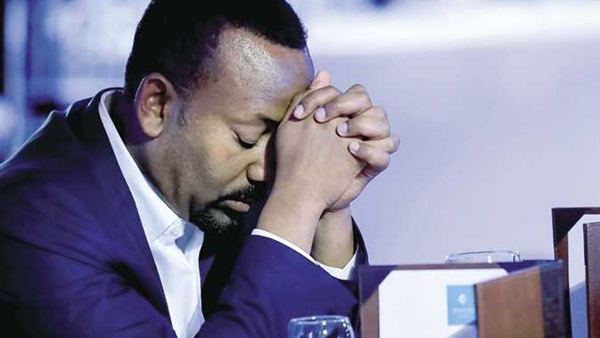 Ethiopia’s Prime Minister Abiy Ahmed took a sizable risk when he chose her as the youngest minister in his cabinet: Filsan Abdi was an outspoken activist from the country’s marginalized Somali community with no government experience. She was just 28.

Like so many, she was drawn by Abiy’s pledges to build a new Ethiopia, free of the bloody ethnic rifts of the past — overtures that built Abiy’s global reputation as an honest broker and helped win him a Nobel Peace Prize.

Then the opposite happened.

Less than a year into her tenure, Ethiopia was spiraling into an ethnically tinged civil war that would engulf the northern part of the country — Africa’s second most populous — and as the head of the ministry overseeing women’s and children’s issues, Filsan found herself tasked with documenting some of the war’s most horrific aspects: mass rapes by uniformed men and the recruitment of child soldiers.

In September, she became the only cabinet minister to resign over Abiy’s handling of the war.

This week, Filsan, now 30, broke her public silence in a lengthy, exclusive interview with The Washington Post, in which she described cabinet discussions in the lead-up to the war, official efforts to suppress her ministry’s findings about abuses by the government and its allies, and the resurgent ethnic divisions fracturing the country.

A spokeswoman for Abiy declined to comment on Filsan’s recollections.

“The war has polarized the country so deeply that I know many people will label me as a liar simply because I say the government has also done painful, horrible things,” Filsan said. “I am not saying it was only them. But I was there. I was in cabinet meetings, and I went and met victims. Who can tell me what I did and did not see?”

In the 14 months since Ethiopia’s war began, the world has largely relied on the scant access the government has granted to a handful of journalists and humanitarians for any kind of independent reporting. Tigray, Ethiopia’s northernmost region, where the war had been contained until June, has been subjected to a near-total communications blockade since fighting began in November 2020.

In the information vacuum, a propaganda war has flourished alongside the very real fighting that has claimed thousands of lives, and even the most basic story lines of the war are hotly contested.

Who started it? Who carried out the atrocities — massacres, summary executions, intentional starvation, mass rapes, hospital lootings, the arming of children — that people from across northern Ethiopia have recounted, either in their ransacked villages or in refugee camps? Is ethnic cleansing underway? Is Ethiopia’s government winning or losing the war?

In January, Abiy prematurely answered the last question by declaring the war over. He brought a group of ministers including Filsan to Tigray’s capital, Mekelle, which government troops had taken over from the Tigray People’s Liberation Front, a well-armed regional political party resented elsewhere in Ethiopia for its outsize role in the repressive government that ran the country for three decades before Abiy’s ascendance.

Abiy accuses the TPLF of instigating the war with an attack on a military base, in which Tigrayan soldiers killed scores of non-Tigrayan soldiers. TPLF leaders say they were defending themselves. In any case, the conflict quickly metastasized, drawing in ethnic militias and the army of neighboring Eritrea.

In Tigray, Filsan was told to create a task force that would investigate widespread claims of rape and recruitment of child soldiers.

“We brought back the most painful stories, and every side was implicated,” she recalled. “But when I wanted to release our findings, I was told that I was crossing a line. ‘You can’t do that,’ is what an official very high up in Abiy’s office called and told me. And I said, ‘You asked me to find the truth, not to do a propaganda operation. I am not trying to bring down the government — there is a huge rape crisis for God’s sake. Child soldiers are being recruited by both sides. I have the evidence on my desk in front of me.’ ”

Filsan said she was told to revise the report to say that only TPLF-aligned fighters had committed crimes. And when her subordinates at the ministry wouldn’t release the full report, she chose to tweet that “rape has taken place conclusively and without a doubt” in Tigray.

Since then, even her childhood friends have shied away from being seen with her, fearful of the association. Colleagues in the ministry referred to her as a “protector of Tigrayans,” she said — implying that she was a traitor.

The task force’s conclusions have since been echoed by a slew of reports by human rights organizations, which have done interviews either with refugees or by phone because of access restrictions. A joint report written by the United Nations and Ethiopia’s state-appointed human rights agencies also found evidence that all sides in the war had “committed violations of international human rights, humanitarian and refugee law, some of which may amount to war crimes and crimes against humanity.”

Widespread allegations of crimes committed by Tigrayan rebels have piled up since June, when the force surged south into the neighboring Amhara and Afar regions, pushing back government troops and aligned militias and displacing hundreds of thousands of civilians. The five-month onslaught was recently reversed when the rebels retreated to within the borders of Tigray.

Filsan argues that the Ethiopian government could have avoided the wave of revenge rapes and massacres of the past months.

“If there had been accountability for the rapes that took place in Tigray, do you think so many rapes would have happened in Amhara and Afar? No,” she said. “Justice helps stop the cycle. But both sides felt they could just get away with it.”

As the pendulum of momentum swings back and forth in the war, and a total victory seems more and more elusive, Abiy’s tone has shifted from the relatively straightforward anti-insurgency rhetoric of late last year to calling the war an existential battle against a “cancer” that has grown in the country.

In his and other official statements, the line between the stated enemy — the TPLF — and Tigrayans in general has increasingly blurred. And under a state of emergency imposed in November, Tigrayans around the country allege, thousands of their community members have been arbitrarily detained. Tigrayans crossing the border into Sudan recently recounted fleeing a final stage of what they say is ethnic cleansing in an area of Tigray claimed by the Amhara people.

Filsan recalled that before she resigned, she had been told first by a high-ranking official in Abiy’s Prosperity Party and then by an official in his personal office that all Tigrayans on her staff — and at other ministries, too — were to be placed on leave immediately.

“I said, ‘I won’t do it unless the prime minister calls me himself, or you put it in writing,’ ” she said, adding that subordinates of hers enforced the order anyway. “Many Ethiopians are lying to themselves. They deny that an ethnic element has become a major part of this war. They have stopped seeing the difference between Tigrayan people and the TPLF, even if many Tigrayans don’t support the TPLF.”

When she resigned in September, Abiy told her to postpone her decision for six months, claiming that the war was nearing its conclusion. But by then, she had lost trust in him. Even before the war, in cabinet meetings, Abiy had repeatedly implied that a conflict was coming and that the TPLF would be to blame for it, Filsan said. But she felt that peace had never really been given a chance, and that Abiy seemed to relish the idea of eliminating the TPLF, even though crushing dissent through brute force was a page right out of the TPLF’s playbook.

“It’s now been 100 days since the day we met, and it has only gotten worse. I knew it then, I knew it before then, and I know it now: He’s in denial, he’s delusional. His leadership is failing,” said Filsan.

The feeling that she was being drawn into the same ideology of ethnic domination that the TPLF had espoused when it presided over the country was hard to shake. As a Somali, she came from a community that had been trampled during those decades, and earlier, too, under communists and kings alike. Uncles of hers had been dragged from their beds and beaten; women she knew had to wear diapers after having been raped by soldiers; children were taught to kneel and put their hands up if confronted by a man in uniform.

“So, yes, I know the pain, too, I know the reasons people want revenge. But if we don’t back away from it, we are doomed,” she said. “One day we will wake up from this nightmare and have to ask ourselves: How will we live with the choices we made?”