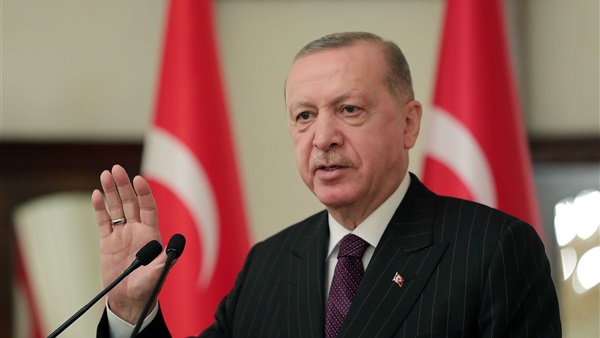 President Recep Tayyip Erdogan of Turkey stepped back on Monday from a threat to expel 10 Western ambassadors, averting a diplomatic storm that analysts and diplomats were warning would bring economic disaster upon Turkey and a lasting rupture in the NATO alliance.

In what seemed to be a calculated move, the 10 embassies involved issued identical statements confirming their compliance with the Vienna Convention on Diplomatic Relations, statements which were then welcomed by Mr. Erdogan.

In a televised address after a cabinet meeting, he cast the incident as an obligation to protect Turkish sovereignty.

“Our will is never to cause a crisis, but to protect the rights and law, honor, interests and sovereign rights of our country. Thus, today the same ambassadors with a new statement turned back from their defamation of our judiciary and of our country,” he said, adding: “I believe from now on they will be more careful about their statements regarding sovereign rights.”

The diplomacy saved Turkey from a major blowup with its Western allies, which many feared over the weekend would cause new economic turmoil and political instability in the country of 80 million.

Mr. Erdogan had threatened to make the 10 ambassadors, which included diplomats from the United States, France and Germany, persona non grata after they issued a joint statement last week calling for the release of a jailed philanthropist.

The envoys had urged the Turkish government to abide by a ruling of the European Court of Human Rights and release the philanthropist, Osman Kavala, who has been held since 2017 despite not having been convicted of a crime.

They released the letter Tuesday, on the fourth anniversary of Mr. Kavala’s detention, saying the irregularities in his case “cast a shadow over respect for democracy, the rule of law and transparency in the Turkish judiciary system.”

The statement was signed by the ambassadors from Germany, France, Finland, Denmark, the Netherlands, Norway, Sweden, Canada, New Zealand and the United States.

The Biden administration was the driving force behind the letter, in keeping with what the president’s aides have described as his policy of publicly calling out states over human rights violations.

Mr. Erdogan lashed back in characteristic fashion, railing at the statement as an interference in Turkey’s internal affairs and evidence that Western leaders did not understand the country’s true worth and standing.

In a speech to supporters on Saturday, Mr. Erdogan said he had told his foreign minister that the 10 ambassadors should “immediately be declared persona non grata.” “They should know and understand Turkey,” he continued. “The day they don’t, they will leave.”

Such a declaration typically means the individual must leave the host country. However, the ambassadors did not immediately receive any formal notice to leave and by Monday, diplomats were working to avert such an outcome.

Analysts warned the expulsions could cause a disastrous decline of the Turkish economy, which already is struggling with 20 percent inflation. The Turkish lira, which has lost a quarter of its value this year, fell to a new low of 9.75 to the dollar.

On Monday, Abdulkadir Selvi, a senior columnist known for his close ties to Mr. Erdogan, urged caution in the newspaper Hurriyet.

“Who would it hurt to break our relations with 10 countries over Osman Kavala?” he asked. “We need to be coldblooded and act in an attitude befitting great states. With his reaction, President Erdogan spoke to these 10 countries in the language he understood. With its government and opposition, Turkey has shown its stance. But after that, it’s time to act calmly.”

By the time Mr. Erdogan entered the cabinet meeting in the midafternoon, the embassies had issued their statements, and the president had welcomed them.

Mr. Erdogan’s acceptance of a diplomatic resolution was a rare show of humility from the Turkish leader, and showed that when the Western powers delivered a coordinated response, the pressure worked, said Soner Cagaptay, the director of the Turkish research program at the Washington Institute.

“He realized the economy would collapse,” he said. Among the countries involved were Turkey’s largest trading partners, he added.

“It looks like the 10 ambassadors threw a rope to get us out of the pit we fell into,” Namik Tan, a former Turkish ambassador to the United States, posted on Twitter. “Our people jumping on these explanations is also a sign of collusion. That is, we are ready to hold the rope you throw to save us from the pit we have fallen ourselves into, our people say.”

Few expected Mr. Kavala to be released after such a spat, however, even if Mr. Erdogan had recognized his limits.

“The end of this crisis does not mean that the Osman Kavala issue is over,” Asli Aydintasbas, a senior fellow with the European Council on Foreign Relations, wrote on Twitter. “The Kavala issue will continue to be a problem in Turkey’s relations with the E.U. and the U.S.A.”

Mr. Cagaptay predicted that Mr. Erdogan would present the episode to the Turkish public as a victory, in which he taught the West to respect Turkey. “He will keep using the wording, ‘I told the West ambassadors that they cannot interfere in Turkey’s affairs.’”