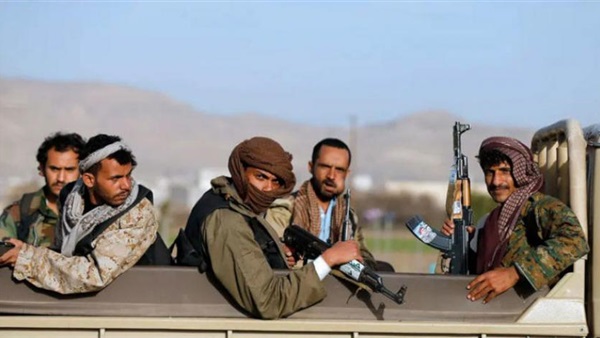 The Kingdom of Saudi Arabia sent a message to the UN Security Council about the attacks of the Iranian-backed Houthi militia against the eastern regions of the Kingdom, especially Jazan and Najran, stressing in its message that these attacks impede efforts to achieve regional stability and international peace.

The permanent Saudi delegation to the United Nations in the United States stressed that the Houthi attacks on Saudi Arabia threaten the efforts of the United Nations to reach a comprehensive political solution in Yemen, calling on the Security Council to strongly condemn such actions and hold the Houthis responsible.

The past couple weeks have witnessed about 14 attacks with ballistic missiles and booby-trapped drones against Saudi civilian objects, which is considered a challenge to international and Saudi efforts to bring peace to Yemen.

In another act that illustrates the barbarity of the Houthi attacks, the Iranian-backed militia launched last Sunday three ballistic missiles towards the Kingdom, but the Saudi Ministry of Defense intercepted the missiles, announcing the injury of two children and the damage of 14 houses as a result of the missiles.

At a time when the United Nations is trying to establish a ceasefire in Yemen, the Houthis are repeating their escalating attacks in order to thwart international attempts to re-launch negotiations to reach a peaceful solution to the conflict that has been going on for years.

Gulf and Arab countries and international organizations condemned the Houthi militia's continued terrorist acts against Saudi territory and urged the international community to take an immediate and decisive stance to stop these repeated acts.

For its part, the Yemeni government and parliament condemned the recent escalation by the Houthis towards the city of Marib and Hadramawt, where the most important strongholds of the legitimate government are, and the attacks on Saudi territory through booby-trapped drones, projectiles and missiles.

Statistics issued by the Coalition to Support Legitimacy in Yemen revealed that the Houthis launched 1,031 missiles and drones, as well as projectiles, towards Saudi Arabia.

The Houthis launched 372 ballistic missiles, in addition to 659 drones. They also sought to target the navy in the Red Sea with more than 75 booby-trapped boats, planted 205 sea mines, and fired more than 96,000 projectiles on the borders, while the number of militia violations of the Hodeidah ceasefire agreement exceeded 30,000 violations.