Delaying US exit a month could have meant peace in Afghanistan, says negotiator 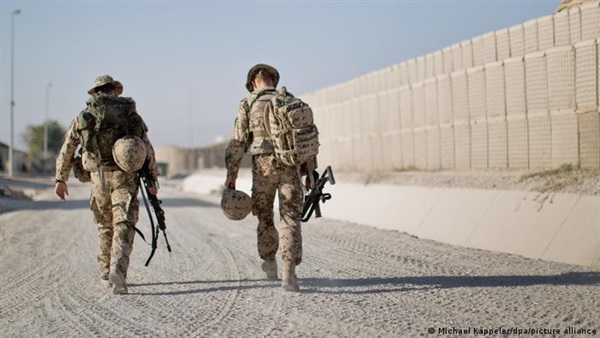 Joe Biden delaying the exit of American forces from Afghanistan by just a month could have made a significant difference to the outcome of continuing peace talks with the Taliban leadership, according to one of the negotiators.

Fawzia Koofi, an Afghan politician and women’s rights activist, said the chaotic withdrawal undermined all leverage that the US and the Afghan government had had with the Taliban at the talks in Qatar

Afghanistan is the victim of back-to-back mistakes,” she said.

From her home in Kabul, Koofi, who has been the subject of two assassination attempts, said: “President Biden could have delayed this to wait for a political settlement – for even just another month, just get the political settlement first. They could have come to a deal.” She said the abrupt departure had needlessly put many more people at risk.

“We all want international forces to leave,” she said. “It’s not sustainable or logical from any point of view to have a foreign force protecting your country, but this is so untimely for the US to have chosen now, in the middle of negotiations and before we get a settlement.

“If the Americans were to stick to their political leverage, pressing the Taliban and using all sources of pressure against them, then I think they would have come to a negotiated settlement.”

She said the lifting of UN travel sanctions, enabling the Taliban leadership to be in Doha for talks, had also been poorly managed and had allowed them to garner support. “They used the travel to strengthen their own position; they went to China, Russia, Iran [and] Turkey to bolster their support and enjoy the standing and the position they want.

That is why I think the world must watch the situation unfolding very carefully. To ensure there are no blank cheques as they ignore human rights.”

A former member of parliament in Kabul and the first female vice-president of Afghanistan’s National Assembly, Koofi said she did not want to flee abroad despite the high risk she faced, but that she feared greatly for Afghan’s women and girls.

She said she still felt hope for women in the country. “Women are resilient and can still be the agents of change in Afghanistan. They want to contribute to a better Afghanistan, to help build their country, and it’s different this time

“Yesterday in Kabul, there was a demonstration, just 6 or 7 women, but it shows how women will raise their voice. And I think they will, to bring the world’s attention to what is imposed on them. Women just want equal rights and respect.

I do not know what will happen next. In the press statements and other comments, the Taliban say that things are different. The Taliban need to take bold steps to make that happen at all levels because the political leadership may say one thing but the foot soldiers do things that are not in line with that.

“The political officers have been exposed to many international experiences living in Qatar [for the negotiations]. They have had their eyes opened to living in an Islamic emirate which does allow women to go to school and has women in politics,” she said.

But the Taliban’s Islam is deeply conservative, mixed up with tradition that is not Islamic. Burqa has no space in Islam; it’s not Islamic. But the very young Taliban are not even educated.

“I talked to a young Talib yesterday and asked him why he had joined. ‘My religion called me,’ he said. But I don’t know what he can know about his religion when he has had no education.

“Would I leave the country for ever? No. A lot of hope is connected to what I do. A lot of people rely on this and look to this.

“This is my country and I have lived with the ups and downs of Afghanistan all my life. I think it’s not a matter of choice. I would never substitute the weather, the warmth of my people for any other country in the world. I have given my blood to it.

“But, at the moment, I am at risk, at risk for who I am and what I am doing. To speak out is to press the buttons of those I oppose; it’s not just the Taliban but other groups too.

“I have already had two assassination attempts. Last August I was hit in the arm, the bullets just missing my chest. My daughters are in Kabul; my sister’s house has already been attacked, and she and my niece are in this work and are at risk. All of my family members, female and male, are at risk.

Given the choice, I would leave and take my daughters to a safe place and then come back,” she said.

“People are very angry and disappointed and a lot of people will not trust the US again, in terms of the withdrawal and the way it was done. But also remember that in 2014 it was John Kerry who came to Kabul and intervened and made Ashraf Ghani president.

“So it’s very difficult to predict the future. Things are very uncertain. The best-case scenario is that we are able to establish an inclusive government which reflects all the people of Afghanistan, and have elections which women and all other social groups are part of. The worst-case scenario is that the international community turns its back, and an Islamic emirate of Taliban is in force to make [Afghanistan] return to a place of misery.”

“I can only stay here and fight for this country, the women and the men.”