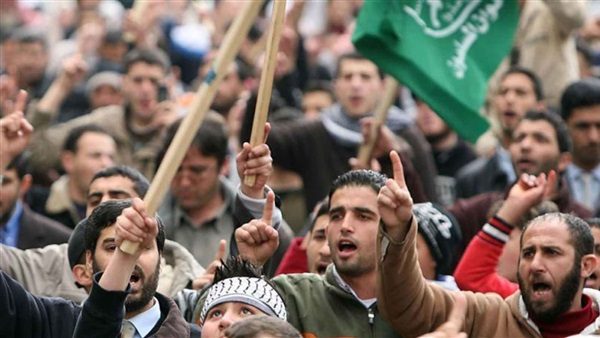 Jihadist Salafism relies on violence as a strategic choice, and justifies it by claiming the duty of jihad against "infidels", "crusaders" and Jews.

On the contrary, the Muslim Brotherhood prefers a strategy based on gradual assimilation into the social fabric and reliance on denial of religious beliefs (known as Taqiyya).

This Islamist movement uses this denial as a social and spiritual cover for its dubious activities wherever it operates.

This view was expressed during a seminar held recently under the title, "Muslim Brotherhood: A geopolitical reading".

The seminar was organized last month by Frédéric Onsal, an academic specialized in geopolitical sciences.

It was held at the headquarters of the French National Assembly in Paris in the presence of a large number of specialists and experts.

They confirmed the presence of strong relations between the security situation in the Middle East, on one hand, and the strategy of the Muslim Brotherhood, on the other.

Seminar participants unanimously agreed that the Brotherhood's strategy avoids the media spotlight and depends on the smooth inclusion into the societies and countries that embrace them.

The same strategy, they said, does not prevent this organization from supporting terrorism as a means to achieve its political goals.

They noted that the Brotherhood pushes the Middle East into more chaos and instability by following this strategy.

Such turbulent security and political conditions, they said, represent an incubating environment for the growth and expansion of the Brotherhood's ideology in the region.

Mikhail Barzan, a documentary writer, said Nazis were a source of inspiration for the Muslim Brotherhood.

Like the Nazis, he said, the Brotherhood uses political ideologies, terrorism and social assistance to gradually control the societies where it operates and its members live.