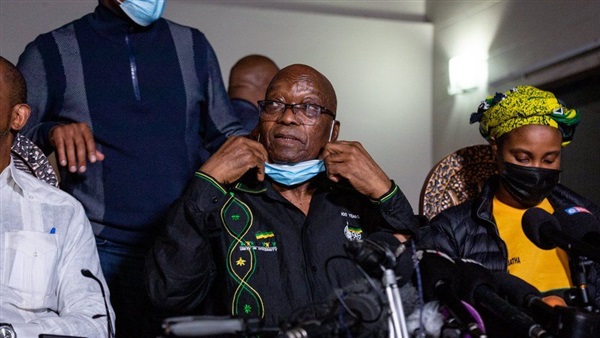 South Africa's former president Jacob Zuma handed himself in to police on Wednesday night to begin serving a 15-month sentence for contempt of court, his foundation said.

"Please be advised that President Zuma has decided to comply with the incarceration order. He is on his way to hand himself into a Correctional Services Facility in KZN" (Kwazulu-Natal province), the foundation tweeted.

Police had earlier on Wednesday warned they were prepared to arrest the former president by a midnight deadline to enforce the ruling, unless the top court instructed otherwise.

A convoy of cars believed to be carrying Zuma drove out of his homestead about 40 minutes before the cut-off for him to give himself up.

Zuma had mounted a last-ditch legal defence and refused to turn himself in by Sunday night as the court ordered. Under the ruling, police were given three days to arrest him if he failed to surrender.

In a letter earlier on Wednesday he had pleaded with the court for an 11th-hour reprieve.