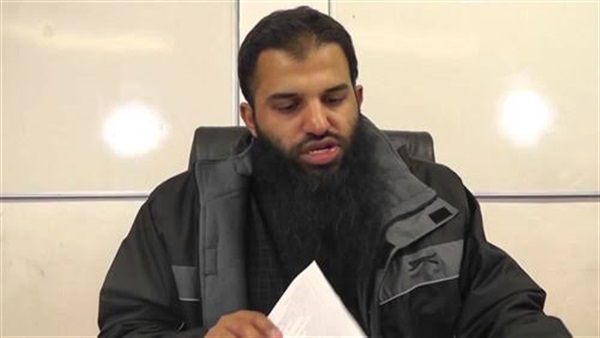 A recent study issued by the European Counter-Terrorism Center sheds light on the terrorist called Abu Walaa al-Iraqi and his role in recruiting young people in Germany for ISIS in Syria and Iraq.

The study added that Abu Walaa is considered one of the most influential extremist Salafists in Germany and has been dubbed “the Iraqi loyalty,” as well as “Sheikh Hildesheim” and “the faceless preacher.” He was preaching in a mosque in Hildesheim in Lower Saxony.

The study confirmed that 20 men who left Germany to join ISIS in Iraq and Syria turned to extremism at Abu Walaa’s hands. Last February, a German court sentenced him to ten and a half years in prison on charges of financing and supporting terrorism, helping to plan and prepare for terrorist attacks, and affiliation with a foreign terrorist organization.

According to the investigations of the German authorities, Abu Walaa, whose real name is Ahmad Abdulaziz Abdullah, had settled in Germany since 2001.

According to the German newspaper Bild, Abu Walaa used to appear in propaganda clips in disguise, as he hid his face in court with a medical mask and a head covering. Many followers do not know his facial features.

Bild reported that he had contributed to the travel of nearly 15 Germans to Syria and Iraq since 2016 to join the ranks of ISIS.

In 2016, a German-Serbian terrorist who was sentenced to eight years in prison used Abu Walaa’s apartment to pray.

In the same context, the French newspaper Le Nouvel Observateur said that Abu Walaa had a great relationship with the deceased terrorist Anis Amri, the perpetrator of the Berlin attack.

The newspaper added that many close to Abu Walaa see him as the number one man to represent ISIS in Germany, as he facilitated and supported the passage of people wishing to join the organization in Syria.

According to the German website Erasmus Monitor, since 2014, Abu Walaa changed the way he dressed, following the example of late ISIS leader Abu Bakr al-Baghdadi after he pledged allegiance to him.

His name also appeared for the first time in 2001, before he was known as Abu Walaa, as he arrived in Germany when he was a minor, then worked in a textile store, got married twice, and is the father of several children.

The French newspaper confirmed that about 25,000 people follow Abu Walaa’s page on Facebook, where he calls himself "Sheikh", without concealing his loyalty to ISIS and inviting others to join its ranks. Moreover, Abu Walaa launched an application on both iPhone and Android to attract more young people.

He had a strong presence on social media and also had his own YouTube channel with many videos.

Abu Walaa does not show his face in the videos, but turns his back to the camera, hence the name “the faceless preacher.”