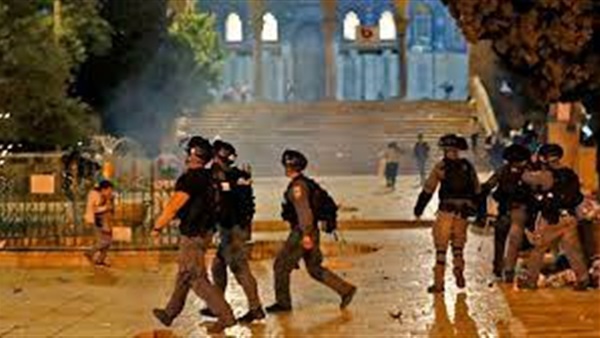 Today, the UN Security Council will hold a closed session at the request of Tunisia to address the situation in East Jerusalem, which Israel occupied 50 years ago, while international calls for containing the escalation increased.

For his part, German government spokesman Steffen Seibert announced the call of the conflicting parties to make an urgent contribution now to calm the situation after hundreds of Palestinians were injured in violent clashes with the Israeli security forces in Jerusalem earlier this week, as well as the renewed clashes at Al-Aqsa Mosque.

The German Foreign Ministry is also communicating with the conflicting parties in order to put an end to the deterioration of the situation on the ground in light of Hamas' targeting sites in Jerusalem with rockets, which threatens casualties in addition to the encroachment on some Islamic, Christian and Jewish sanctities, which must be carried out with the highest levels of restraint to get out of the current impasse.

German newspapers focused on the state of tension that prevails in the Palestinian street in light of the practices carried out by the Israeli police. They also focused on the exchange of accusations between the Israeli and Palestinian sides, which predicts the aggravation of matters with the approach of Muslims celebrating the blessed Eid al-Fitr holiday, which requires urgent intervention from the Security Council, along with diplomatic contacts with the Israeli and Palestinian governments, as well as the resistance movements to stop the violence.

Meanwhile, Israeli Prime Minister Benjamin Netanyahu supports the police in what he called a “just struggle”, denouncing what he considers “deceptive and false coverage by the international media” of what is happening in Jerusalem.

This comes at a time when the Palestine Red Crescent announced that it has dealt with 305 injuries, including serious injuries in the face and eyes, and large numbers of suffocation cases, stressing that the Israeli forces are preventing medical personnel from entering Al-Aqsa.

Official reports revealed that 228 injuries were transferred from the Lions' Gate to various hospitals in occupied Jerusalem.

The director of Al-Aqsa Mosque, Sheikh Omar Al-Kiswani, said that “the occupation attacked the blessed Al-Aqsa Mosque in a barbaric, unprecedented and premeditated manner,” adding that there have been hundreds of injuries.

The Islamic Endowment also said that Israeli forces “stormed in a brutal and sudden manner today the courtyards of the mosque without any reason and refused to allow medical personnel to evacuate the injured from the place.”