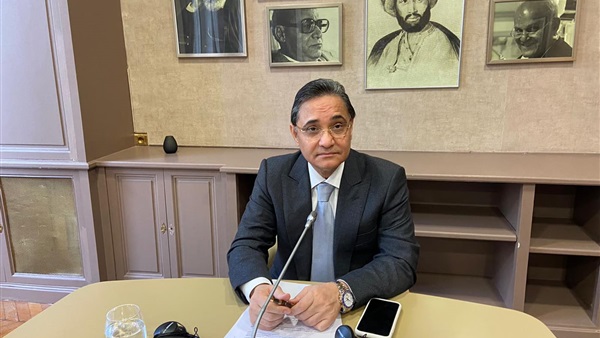 PARIS – Director of the Middle East Center for Studies in Paris (CEMO) Abdel Rahim Ali raised a number of questions today about Islamists positions on freedom of speech and faith, women and non-Muslims.

He said at a seminar organized by CEMO in Paris on the exploitation of human rights by Islamists at the office of the center in Paris that western human rights advocates deal with Muslim Brotherhood operatives imprisoned in Egypt since 2013 as "freedom fighters".

"However, I want to ask these advocates one question: Do they know that Abdullah Azzam, the founder of al-Qaeda and Osama bin Laden's teacher, was one of the leaders of the Muslim Brotherhood?" Ali asked.

He also asked about whether the same advocates know that Sayed Qotb, the prime Muslim Brotherhood theoretician and the inventor of its ideology, is the godfather of all terrorist organizations and the main reference for the theorists of al-Qaeda, ISIS and even Ayatollah Khomeini?

Ali noted that Youssef al-Qaradawi, a Muslim Brotherhood prominent figure and the co-founder of most official Muslim Brotherhood associations in Europe, is responsible for hundreds of edicts that approve suicide attacks against Europeans, Americans, Jews, Christians, Arab nationalists and secular leaders under the pretext that all of them are infidels?

He said Qaradawi orders European Muslims not to integrate into those their societies, asking them to invade the continent.

"Do human rights organizations that prefer peaceful means to violence understand the reality of the Muslim Brotherhood?" Ali asked.

"Do they really know that the Muslim Brotherhood view Adolf Hitler, for example, as an icon?" he asked again.

He noted that the late mufti of Jerusalem, Amin al-Husseini, was a disciple of Muslim Brotherhood founder, Hassan al-Banna.

Ali added that Husseini collaborated with Nazi Germany and Fascist Italy and that the Brotherhood welcomed him as a hero in Cairo in 1945 when he escaped from his prison in France after being convicted of crimes against humanity in the Anti-Nazi Court in Nuremberg.

"Will European and Western anti-fascists forgive Islamic fascists and their falsehoods and criticisms of European national leaders?" Ali asked.