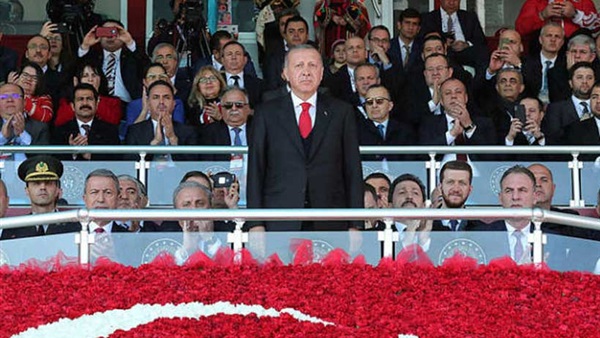 Turkey is looking to exploit its alliance with Azerbaijan to strengthen its foothold in the region as part of a neo-Ottoman strategy that merges the Turkic states of Central Asia into an uninterrupted logistics space with common armed forces, Libyan journalist Alaeddin Saleh wrote on Saturday.

The Kurds of northern Syria and the Armenians in Nagorno-Karabakh last year “experienced the plight of Turkic nationalism,’’ Saleh wrote in Modern Diplomacy, stressing that Turkish President Recep Tayyip Erdoğan’s foreign policy is looking for Turkey regain its former grandeur.

Several military incursions have given Turkey control of parts of northern Syria, including the predominantly Kurdish region Afrin, as well as territory running from Azaz to Al-Bab and Jarablus. In these formerly Kurdish-held regions, Turkey-backed forces have been accused of committing rights violations and war crimes.

Turkey also threw its full support behind Azerbaijan in a bloody six-week war in Nagorno-Karabakh last year, after which a peace agreement brokered by Moscow was signed by the leaders of Azerbaijan and Armenia.  Supplied, trained, and supported by the Turkish army, Azerbaijan emerged as the clear winner of the conflict.

“The disintegration processes in Europe and the diminishing role of world powers, which had previously prevented Ottoman ambitions from transcending national borders,’’ Saleh said, “gave Turkey a green light for geopolitical revenge.’’

But Ankara has opted for dubious methods in attaining its goals, he wrote, including the “proliferation of political Islam and encouragement of separatist sentiments in countries with Turkic minorities.’’

While pan-Turkism precedes Erdoğan, the Turkish leader is the first leader in country’s modern history to vigorously implement it in the most radical fashion, according to the analyst.

Saleh said “ethnic cleansing, assassination and abduction of Kurdish entrepreneurs and landowners with the purpose of subsequent redistribution of their property among the Turkey-backed factions are rife in the occupied territories’’ of northern Syria.

Meanwhile, in Karabakh, Azerbaijan’s victory was “strategically important in terms of Turkey gaining direct access to the Caspian Sea and the Central Asian region via Nakhichevan Autonomous Region, Nagorno-Karabakh, and the main lands of Azerbaijan for further expansion into the Turkic countries,’’ he said.