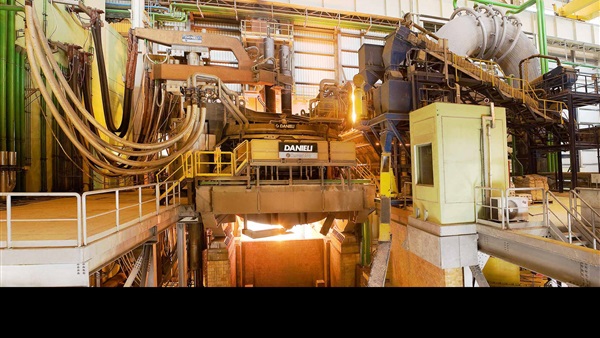 The media of the terrorist Brotherhood placed the decision of the General Assembly of the Egyptian Iron and Steel Company within a "ugly" political framework to attack the Egyptian state, and its strenuous efforts to support companies in the private and public sectors, without the group’s media indicating the losses that the company incurred.

The Egyptian Cabinet issued an explanatory statement with numbers about what is being raised about the liquidation of the "Iron and Steel" company, and the Ministry of Business Sector reviewed, during a report, important information about the company, leading to the liquidation decision taken by the company's general assembly on January 11, 2021.

On the other hand, the pro-Brotherhood media devoted it’s time to trying to find a comparison between the current president, Abdel Fattah El-Sisi, and the deceased, isolated Brotherhood, Mohamed Morsi, claiming that Morsi intended to develop the Iron and Steel Company, contrary to the truth.

The Egyptian government reviewed the company's losses during two decades from 1997-1998 to 2017-2018, based on the study carried out by the Holding Company for Metal Industries in 2019, as it achieved marginal profits in most years during the period from 1997/1998 until 2002/2003. But, in fact, it does not reflect reality, as the company used to use the credit differences as a result of revaluation of assets (lands), which amounted to 4,092 million pounds, in order to achieve profits, which was the object of objection from the Central Auditing Organization.

As for the profits made by the company during the period from 2005/2006 until 2010/2009, they were affected by incidental revenues that are not related to the activity, such as revenues from previous years and provisions that were no longer intended, and in the event that these revenues are excluded, these profits turn into losses.

The government statement said that the main reason for these losses is the obsolescence of the technology used and the low concentration of iron extracted from the company's mines in the oases, which does not exceed 50% on average, which contributes to the large consumption of coke and gas in the production process and the inflation of direct costs. The required concentration for economic production is within 60%.

The poor condition of the furnaces contributed to the high energy consumption, as the share of the produced ton of energy elements in iron and steel reached 44.3 million thermal units, compared to 20.6 million British thermal units / ton in the competing factories, in addition to the share of coke The ton for the Iron and Steel Company is 1,300 kilos, compared to a global average per ton consumption of 300-600 kilos.