Turkey in the orbit of sanctions 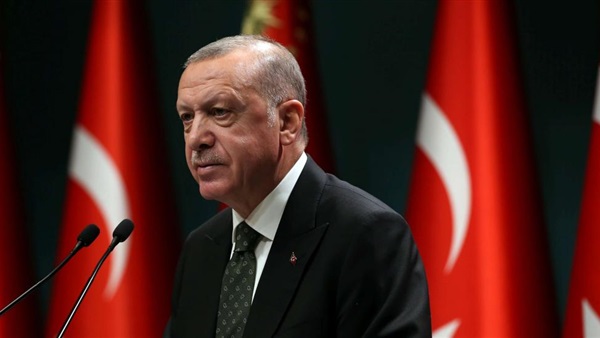 As of December, Turkey faces sanctions both from the European Union and the United States, following various warnings in the last months. Actually, these are warnings of sanctions since Turkey still is given a chance to change policies and avoid the proclaimed deterrents.

Turkey has the options to decide not to use the S-400 air defence system supplied by Russia, the main U.S. demand, and to stop drilling within Cyprus’ exclusive economic zone, the main EU demand, to avert the cost of their punitive measures. The EU has given the Turkish government a time allowance until March 2021 to prove its shift in attitude, and the United States seems ready to be satisfied with a simple assurance by Turkey that it will not activate the S-400.

In theory, a way out of the tensions between the strategic partners – Turkey is a member of NATO and, at least officially, a candidate country to join the EU – seems simple and easy. However, the friction between the countries involved has lasted a long time, increased in the last months and does not seem to be so easy to overcome.

The first reaction of Turkey to the warning of sanctions signals that the received message is rather misinterpreted, and it is counterproductive. There is a wide conviction in Turkey that in general and historically the ‘West’ is prejudiced and conspiring against it. This belief of such a problematic East-West framework is expressed officially every time a disagreement occurs. Remarks like ‘they want us to succumb, to yield and to submit’, or ‘they plan Turkey’s devastation’ sounds very familiar and sensible to many Turks. Therefore, every disagreement is transformed to an issue of vital national interest, of national honour and of a national principle of self-defence.

Irrespective if this xenophobia (or Christianophobia) is sincerely believed or if it is instrumentalised by politicians to suit their own interests – for instance, to secure popular support – the end result is the same: It sets barriers to Turkey to comply with the expectations of the United States and the EU. This negative phobic perception has worsened lately as Recep Tayyip Erdoğan has initiated a close partnership with the National Movement Party (MHP) – the par excellence supporter of xenophobia.

A probable alternative explanation of what is happening between Turkey and its western partners is not discussed within the country. The possibility that there are worries that Turkey is distancing itself from the West and that it is instead courting Russia or that it disregards basic EU principles such as human rights, respect to law, transparency, international law – in short, democracy – is not considered by the present-day Turkish political actors.

The ‘West’, as a block and for an unforeseeable time will have to live with the question of how to deal with Turkey. A stern determent approach and sanctions may expedite Turkey’s alienation; Turkey may be ‘lost’ to Russia, for example. On the other hand, a policy of ‘washing one’s hands’ vis-à-vis what Turkey chooses to do may be perceived as a carte blanche by the Turkish government, worsening the situation in the long term and boosting Erdoğan’s vanity.

Actually, the method of appeasement was tried until today and proved too optimistic. Turkey challenged its partners and, without pretence, followed its own ‘national’ course in the international arena: from Syria to Libya and from issues of human rights to international law. There are no signs that Turkey will change its policy unless there is a reason to do so – such as sanctions.

But there is a second rationale that still makes the appeasing approach logical: Someday and somehow, Erdoğan will not be in the political scene, and this may improve the situation; care should be taken not to force Turkey to take a counter-West decision until that day.

Therefore, the dilemma is great. Three more parameters should be considered though.

First, the method of appeasement and ‘patience’ was tried and did not produce results. Real sanctions were never attempted.

And third, the harm done on the image and the prestige of the West, and especially among its citizens, is not being considered when concessions on principles are suggested. After all, NATO and the EU were built to secure such principles, apart from economic and security considerations.