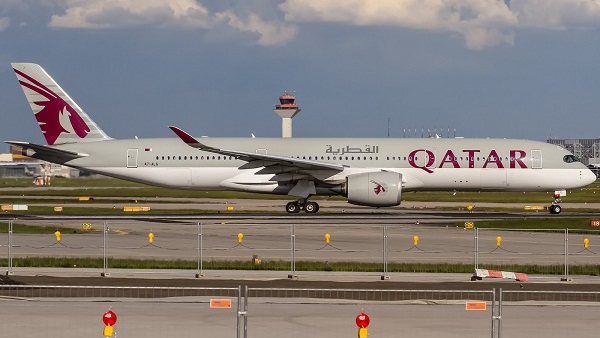 Earlier this week, it was revealed that 18 women were forced to undergo invasive physical examinations of the cervix at Doha’s Hamad International Airport after five paramedics recovered an abandoned newborn from a toilet stall within the vicinity. The news, referred to as the 2 October incident, sparked international outrage as the passengers subjected to the involuntary strip search were composed of 13 Australians, two British citizens, one French woman, alongside two travellers of other nationalities. In a statement made on Friday, 30 October, Qatar’s Government Communication Office noted that “Those responsible for these violations (of standard procedures) and illegal actions have been referred to the Public Prosecution Office,” adding that what took place was “wholly inconsistent with Qatar’s culture and values.” However, the statement failed to identify who had ordered the forced examinations.

According to The New York Times, this represents a shift from the government’s response on Wednesday, which expressed regret over “any distress or infringement on the [travellers’] personal freedoms,” but maintained that the officials had been responding to an “egregious and life-threatening violation of the law [abandonment of the newborn girl].” Responding to global outcry, however, Qatar Prime Minister Sheikh Khalid bin Khalifa bin Abdulaziz Al Thani has ordered a “comprehensive, transparent investigation” and offered his “sincerest apology” to the women involved. A source had revealed to Doha News that the Qatari investigation will determine which laws might have been violated, identify the individuals responsible, and recommend appropriate prosecutorial action.

This comes after the Australian government condemned the inappropriate and non-consensual searches on Monday, 26 October, saying, “This is a… grossly disturbing, offensive, concerning set of events.” Australian Foreign Minister Marise Payne added that the matter has been referred to Australian Federal Police, with an international investigation underway. The Qatari government is also under immediate pressure as members of the Transport Workers’ Union of New South Wales threatened to not service a Qatar Airways aircraft at Sydney Airport over “the brutal attack on the human rights of Australian female airline passengers.” This may severely impact the airline company as Australia represents a crucial route for Qatar Airways, a state-owned carrier. Additionally, the incident could scar Qatar’s reputation as it prepares to host the 2022 soccer world cup.

Officials were first alerted of the incident by a female Australian diplomat who was on the Sydney-bound flight, but had not been searched herself. Meanwhile, those who had been subjected to the harrowing examination received mental health support while in quarantine – as part of Australia’s attempt to contain the spread of COVID-19. One of the women told ABC that she would consider legal action, particularly if the other 12 Australians came forward with a class action.

Even though they have expressed regret over the situation, Qatar’s Government Communication Office maintains that the abandonment was an “attempted murder” of the child. Currently, sexual relations outside of marriage, called “zina” are criminalized in the Gulf country. Even if a pregnancy is the result of rape, the individual is likely to face arrest, prosecution, flogging, or the death sentence. Institutions such as hospitals are required to report those who get pregnant due to extramarital sex.

Abortions have similarly been criminalized, except in the event that the women has her husband’s consent. This policy disproportionately targets women and marginalized migrant workers, who have hidden pregnancies and attempted to give birth abroad in the past. Although Qatar’s Constitution declares that “all persons are equal before the law; and there shall be no discrimination whatsoever on grounds of gender, race, language, or religion,” under article 35, Human Rights Watch has highlighted that the discriminatory penal code “does not criminalize domestic violence or marital rape.” Qatar Airways itself had, up until five years ago, fired women who became pregnant in the first five years of their employment.

With the checks undertaken in early October being invasive, involuntary, and inconclusive (Doha airport since launched an appeal for the child’s mother to come forward), Qatar should prohibit forced gynaecological exams nationwide. Up until now, Qatar has worked towards the gender gap by achieving the highest labour force participation rate among women in the broader Arab region, and being the first country in the Gulf to grant women the right to vote. In addition, there are a greater number of girls than boys in secondary education, recognizing that educated girls are integral to a country’s future.

However, the 2 October incident has demonstrated the need for greater sexual and reproductive healthcare and choices, including access to prenatal care, contraception, adoption services, and abortion with the goal of decriminalizing extramarital sex. Not only does this require international pressure, but an attitude shift from within the country, beginning with educational reforms that would more closely zero in on consent, sexuality, and respect.