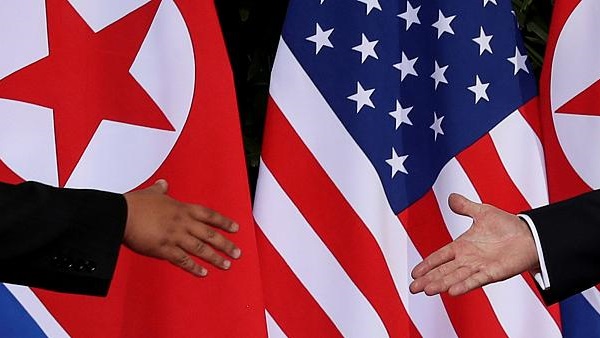 Although the US and North Korea have made several attempts in the past two years to engage in negotiations, last year talks between the two countries stalled, with Washington refusing to lift sanctions against Pyongyang and reduce its military presence in South Korea unless Pyongyang denuclearises.

The US Department of the Treasury has imposed new North Korea-related sanctions on a Russian construction company and a second North Korean business that operates in Russia.

"Today’s action targets two entities, Mokran LLC, a Russian construction company, and Korea Cholsan General Trading Corporation, a North Korean company operating in Russia, for having engaged in, facilitated, or been responsible for the exportation of forced labor from North Korea, including exportation to generate revenue for the Government of North Korea or Workers’ Party of Korea," the statement said.

Under the newly imposed sanctions, US companies and individuals will be banned from having any trade with the companies on the list.

US President Donald Trump and North Korean leader Kim Jong-un met in 2018 during a historic summit in Singapore when they signed an agreement according to which Pyongyang would abandon its nuclear weapons. The second summit in early 2019 in Vietnam ended abruptly. Although the two countries agreed to resume talks, no progress has been made since then and Washington has refused to lift sanctions against North Korea and reduce its military presence in South Korea unless Pyongyang denuclearises.