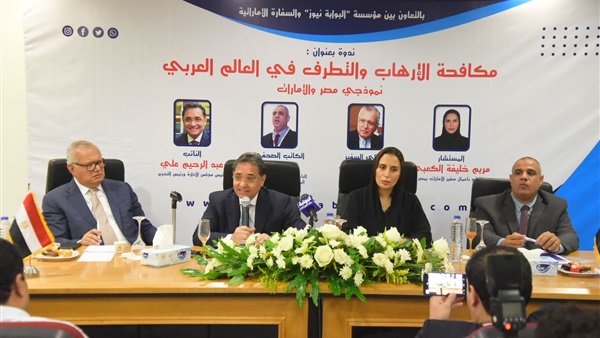 CAIRO – Member of the Egyptian Parliament and Chairman of the Board of al-Bawaba News Institute, Abdel Rahim Ali, said Thursday that counterterrorism cooperation between Egypt and the United Arab Emirates started in 1994.

This happened, he said, when the UAE discovered a branch of the Muslim Brotherhood's Islah Society in it.

"The UAE had to close down the society," Ali said during a special seminar on Egypt and the UAE as models for the fight against terrorism

He said the Muslim Brotherhood tried to infiltrate the UAE society in the 1970s.

This was a time, he said, when the UAE was rising and offering jobs for thousands of teachers from all Arab countries.

He said the Brotherhood tried to infiltrate the UAE society through the education sector.

"The members of this organization tried to rise to power in the UAE," Ali said.

He added that the UAE government countered this by changing its school curricula which was full of what he described as Brotherhood "venom".