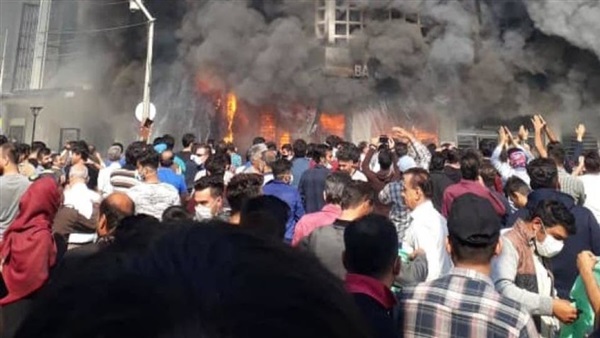 Clashes erupted between Iranian security forces and protesters in the northern city of Talesh over the government’s handling of the coronavirus outbreak in the country, videos being shared by activists on social media showed.

Protesters gathered in front of the Noorani Hospital of Talesh country in Gilan Province, northern Iran, on Saturday.

Activists said protesters were angry at the regime’s handling of coronavirus outbreak which claimed two more deaths on Saturday, bringing the total death toll in Iran to six as of Saturday.

Authorities in Iran announced the detection of at least 10 new cases of coronavirus, bringing the total number of cases in Iran to 29.

Sources confirmed to Al Arabiya that Iranian authorities will be suspending all football matches across the country starting on Sunday for 10 days due to the outbreak.

Iranian state television also confirmed they would be closing all schools, universities and educational centers in two central cities to prevent a deadly coronavirus outbreak from further spreading. The shutdown officially began on Sunday and will last two days in Qom and a week in Arak.

Sharjah extends suspension of all activities until end of April