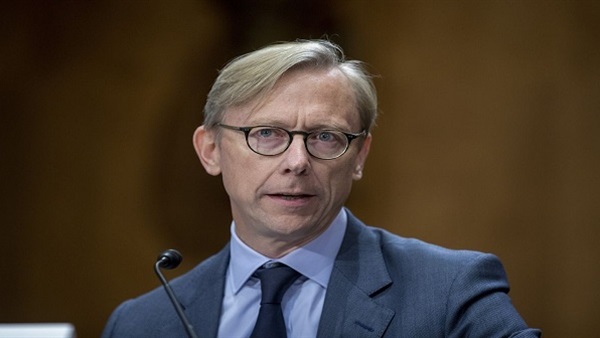 US Special Representative for Iran Brian Hook said on Friday that the more Iran threatens the world, the more isolated it will become.

“As long as the regime threatens the world it will become more isolated,” Hook said in response to Khamenei’s speech earlier on Friday . “Until Iran behaves like a normal nation its isolation will only deepen.”

In his first Friday prayers sermon in eight years, Khamenei told worshippers chanting “Death to America” that the elite Revolutionary Guards could take their fight beyond Iran’s borders after the US killing of a top Iranian commander.

President Donald Trump in 2018 pulled the United States out of a nuclear deal between Iran and major powers, arguing the agreement was too weak and that new sanctions would force Iran to accept more stringent terms.

Iran launched more than a dozen ballistic missiles against US military and coalition forces in Iraq on January 8 in response to the US-ordered drone strike that killed top Iranian General Qassem Soleimani in Baghdad on January 3.

During a briefing with Reporters in Washington, Hook said the US administration sanctioned a Revolutionary Guards brigadier general in the latest action against the Islamic Republic.

“General Shahvarpour was in command of units responsible for the violent crackdown and lethal repression around Mahshahr,” Hook said. He said the designation was the result of photographic and video tips submitted to the department by Iranians.

The department has received more than 88,000 such tips since it appealed for Iranians to report evidence of repression and gross human rights abuses, Hook said.

Iran has denied US allegations of widespread repression but has acknowledged confronting separatists in Mahshahr that it said were armed.