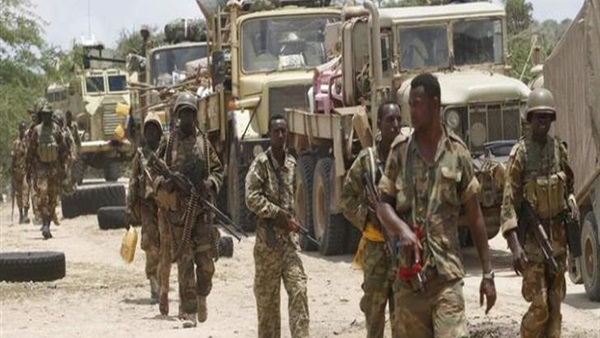 Somali security forces shot dead five al-Shabaab gunmen, who had killed three civilians and two soldiers during an attack on a hotel near the presidential residence in Mogadishu on Tuesday night, police said early on Wednesday.

Al-Shabaab, an al-Qaeda linked group, frequently launches bombing and gun raids in Mogadishu in a bid to topple Somalia's UN-backed government. The group confirmed last night it had attacked the SYL hotel, a popular gathering place for officials and lawmakers.

The latest attack started at around 7 pm on Tuesday and ended at about 1 am on Wednesday, when all five attackers had been killed, deputy police commissioner General Zakia Hussen said in a statement on Twitter.

"The security forces ended the operation. Five people including three civilians and two soldiers died in the attack," Hussen said, according to Reuters.

"Eleven others were slightly injured, including nine civilians and two soldiers," she added.

Hussen had said on Tuesday night that 82 people, including several officials, had been rescued from the SYL hotel.

Security officers had initially mistook the gunmen for the police, until they began shooting and throwing grenades, another police officer said on Tuesday.

Al-Shabaab's military spokesman Abdiaziz Abu Musab said on Tuesday that the group's fighters were behind the attack at the hotel compound near the presidential palace.

The SYL hotel is close to the main entrance of the Villa Somalia government complex, a high-security area that includes the presidential palace, the prime minister's office and ministry buildings.

The hotel, popular with officials, business people and diplomats, has suffered three previous deadly attacks, all claimed by al-Shabaab.

Five people were killed in January 2015 when a suicide car bomber rammed the hotel gates on the eve of a visit by Turkey's President Recep Tayyip Erdogan.

In February 2016, twin blasts set off close to the hotel and the neighboring Peace Garden killed 14 people.

Then in August of the same year, a suicide car bomb attack on the hotel killed 15 people.

Al-Shabaab was forced out of the capital in 2011 but still controls parts of the countryside and continues to launch attacks in Mogadishu, often striking the most prominent hotels and restaurants.

The group has also staged attacks in neighboring Kenya.