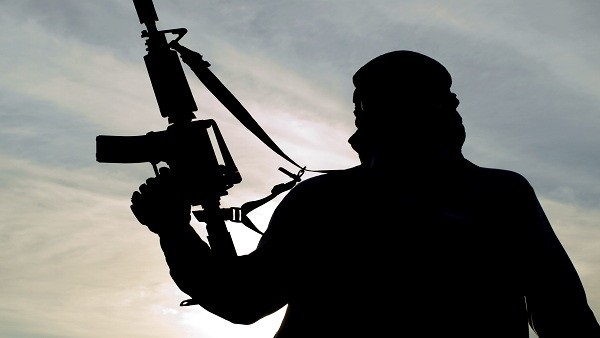 ritain is the country worst affected by terrorism in the EU, according to an authoritative study of the its impact worldwide.

The Global Terrorism Index puts the UK in the top 30 of the world’s 168 nations, ahead of France, Germany, Belgium and Spain as well as Sri Lanka, Iran, Russia and Israel.

Afghanistan has overtaken Iraq as the nation worst affected by terrorism followed by Nigeria, Syria and Pakistan, according to the analysis of a database logging 170,000 terrorist incidents worldwide.

The UK - at 28th - is the highest placed in the EU, based on the analysis of the data by the think tank Institute for Economics and Peace (IEP).

It cites the rising threat from the new IRA as a key contributor to Britain’s high ranking as well as Islamic terrorism although it also warns of a significant rise in right-wing terrorism and a growing threat from women radicalised by Isil.

“There has been a growing trend of increased female participation in terrorism, although still a small percentage of all attacks,” says the report.

The IEP calculates the rating on a scale of 0 to 10 weighted according to the number of deaths and incidents tapered over five years, with 2018/19 accounting for 52 per cent of the score, down to seven per cent in the first year.

As with other European nations, the UK has seen a decline with the terror threat level reduced from severe to substantial, which means an attack is “likely.”

However, terrorist groups were increasingly using women for suicide attacks as they were more lethal due to their ability to evade detection by security forces more easily than male suicide bombers.

“Terror groups may choose to include female suicide bombers due to their potential to conduct deadlier attacks,” said the IEP.

Writing in its report, Michele Conninsx, the UN’s director of counter-terrorism, said groups like Isil understood the importance of appealing to women and had been “very skilful” in doing so by tailoring their messages to them.

These included “messages of female empowerment and agency” to entice Western women to the conflict zone with almost 7,000 travelling to Iraq and Syria. “Women were not simply portrayed as mothers and wives, but as agents of change in creating and shaping the global caliphate,” she said.

IEP highlighted a “worrying surge” in far-right political terrorism over the past five years with a 320 per cent rise in attacks, largely by individuals rather than terrorist groups. The number of deaths linked to far right terrorism has risen from 11 in 2017 to 77 so far in 2019, largely in Europe and the US.

Richard Walton, former head of the Met’s Counter Terrorism Command, said the terrorist threat had reduced but warned: “We have still got a serious problem around extremism and are not close to preventing radicalisation effectively, particularly within parts of some of our Muslim communities.

“Until we achieve this, a reduction in overseas threats will not be matched by a lowering of the threat from within the UK.”