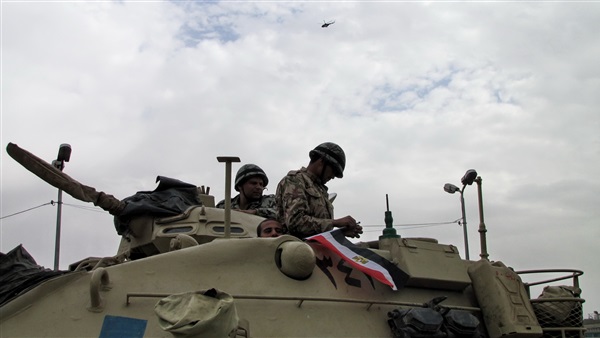 The explosion hit the forces’ armored vehicle in the town of Sheikh Zuweid. Four other security force members were wounded, including an officer.

The officials spoke on condition of anonymity because they weren’t authorized to talk to reporters.

No group immediately claimed responsibility for the attack.

Egypt has for years been battling an insurgency in the northern Sinai Peninsula that’s now led by an Islamic State group affiliate.

The fighting intensified in 2013 after the military overthrew the country’s elected but divisive Islamist president.

Separately, a military court on Sunday sentenced a Libyan national to death on terror-related charges for carrying out an ambush on police forces southwest of Cairo two years ago. Five Egyptians were given life sentences.

The charges stem from one of the deadliest attacks on security forces in recent years. In October 2017, while raiding a militant hideout in the al-Wahat al-Bahriya area in Giza province, about 84 miles southwest of Cairo, an exchange of fire between militants and police ended with dozens dead.

Security officials at the time said at least 54 policemen were killed in the ambush. But the country’s Interior Ministry, which is in charge of the police, later announced a much lower death toll, saying in a statement that 16 police and 15 militants were killed in the shootout.