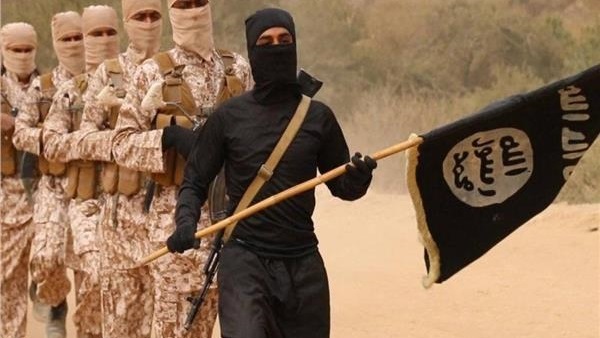 A new American report has come to throw light on the plans the Islamic State group has in the coming days.

According to the report, the Islamic State prepares to stage raids with the aim of freeing group members in detention centers across Syria and Iraq.

It added that the Islamic State plans to stage these raids next month.

According to the US newspaper, Washington Post, the terrorist organization prepares to free its members in the jails and detention centers.

The Institute for the Study of War said in a report on September 22 that Islamic State fighters had encouraged Baghdadi to plan an attack on the jails and camps where the members of the organization are detained.

It added that these demands were made to Baghdadi when he appeared on September 16 for the first time in five years.

"Do not hesitate to pay ransom if you cannot free them by force, and attack their butchers,” Baghdadi said to his followers in his latest video recording.

That focus on captives was consistent with the Islamic State’s long-standing attempts to cast itself as a protector of oppressed Sunni Muslims, experts said.

In Iraq, prison conditions are deteriorating after facilities were flooded by more than 17,000 men and women charged with terrorism offenses, according to judicial records.

Camps such as al-Hol in Syria have also become a cauldron of anger and frustration. Aid workers and security officials say that the camp’s most radical elements are policing the behavior of others there, punishing women who break the group’s strict social code and attacking security guards on patrol.

On September 23, the International Rescue Committee described child mortality rates there as “staggering,” saying that at least 339 children had died there since December. Many are under 5 and had known no life outside the Islamic State.

Speeches by Baghdadi have been rare for most of the Islamic State’s five-year existence. A video released in April provided the first visual proof in years that the group’s “caliph” was alive, after repeated rumors that he had been wounded or killed by U.S. airstrikes.

Although the group no longer has the revenue or power that came with a sweeping self-declared state, it now counts on dozens of smaller franchises to continue its legacy.

In the latest recording, Baghdadi listed them: “From [Afghanistan] to Iraq to Yemen, to Somalia to western and central Africa, eastern Asia, northern Africa,” he said. “Sacrifice your lives if you have to.