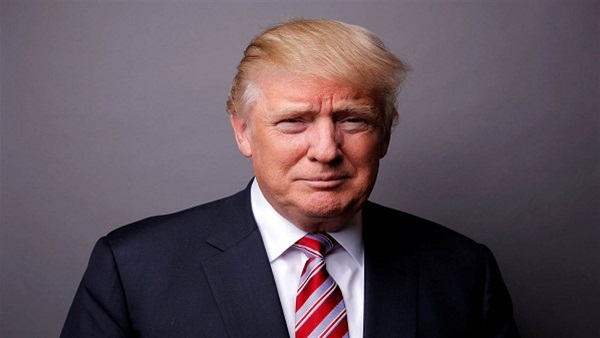 President Donald Trump said on Monday the United States had signed another portion of an immigration and security deal with Mexico that would need to be ratified by Mexican lawmakers.

He did not provide details but threatened tariffs if Mexico's Congress did not approve the plan.

"We have fully signed and documented another very important part of the Immigration and Security deal with Mexico, one that the U.S. has been asking about getting for many years. It will be revealed in the not too distant future and will need a vote by Mexico's legislative body," Trump tweeted.

"We do not anticipate a problem with the vote but, if for any reason the approval is not forthcoming, tariffs will be reinstated."

With his threatened Mexican tariffs now on the backburner, President Donald Trump was looking to claim victory even as some of his Democratic challengers for the White House criticized him for overselling a deal that mostly ramps up existing efforts.

Trump defended the agreement reached by U.S. and Mexican negotiators to head off the 5% tax on all Mexican goods that Trump had threatened to impose Monday as he tried to pressure the country to do more to stem the flow of Central American migrants across the U.S. southern border.

And he teased that more was agreed to by Mexico than was revealed in the Friday announcement, saying that “one in particular” had been left out of the release but would be “announced at the appropriate time.”

“We have fully signed and documented another very important part of the Immigration and Security deal with Mexico, one that the U.S. has been asking about getting for many years,” Trump tweeted Monday morning, claiming that it would be “revealed in the not too distant future and will need a vote by Mexico’s Legislative body!..”

We do not anticipate a problem with the vote,” he added, “but, if for any reason the approval is not forthcoming, Tariffs will be reinstated!”

White House officials did not immediately respond to requests for comment about what Trump was referencing. But he could have been alluding to the idea of Mexico becoming a “safe third country,” which would make it harder for asylum-seekers who pass through the country from other places to claim refuge in the U.S.

A senior administration official said over the weekend that Mexico had expressed openness to the idea during negotiations, and that it was something the countries would continue to discuss over the coming months. The official spoke on condition of anonymity to share details of closed-door talks.

Mexico, however, has long opposed the safe country idea and Mexican Foreign Minister Marcelo Ebrard said on Friday after a deal was reached that Mexico had resisted. They U.S. “proposed in the first meeting that we have a third safe state, which is not the case, which is very important,” he told reporters.

The tweets came amid questions about just how much of the deal — announced with great fanfare Friday — was really new. It included a commitment from Mexico, for instance, to deploy its new National Guard to the country’s southern border with Guatemala. Mexico, however, had already intended to do that before Trump’s latest threat and had made that clear to U.S. officials. Mexican officials have described their commitment as an accelerated deployment.

The U.S. also hailed Mexico’s agreement to embrace the expansion of a program implemented earlier this year under which some asylum-seekers are returned to Mexico as they wait out their cases. But U.S. officials had already been working to expand the program, which has already led to the return of about 10,000 to Mexico, without Mexico’s public embrace.

“The president has completely overblown what he reports to have achieved. These are agreements that Mexico had already made, in some cases months ago,” said Democratic presidential candidate Beto O’Rourke, speaking on ABC’s “This Week.” ″They might have accelerated the time table, but by and large the president achieved nothing except to jeopardize the most important trading relationship that the United States of America has.”

Another 2020 candidate, Sen. Bernie Sanders of Vermont, chastised Trump for using tariffs as a threat and operating a “trade policy based on tweets.”

“I think what the world is tired of and what I am tired of is a president who consistently goes to war, verbal war with our allies, whether it is Mexico, whether it is Canada,” he said.

But acting Homeland Security Secretary Kevin McAleenan, speaking on “Fox News Sunday” insisted “all of it is new,” including the agreement to dispatch around 6,000 National Guard troops — a move Mexico has described as an “acceleration.”

“This is the first time we’ve heard anything like this kind of number of law enforcement being deployed in Mexico to address migration, not just at the southern border but also on the transportation routes to the northern border and in coordinated patrols in key areas along our southwest border,” he said, adding that “people can disagree with the tactics” but that “Mexico came to the table with real proposals” that will be effective, if implemented.

Trump echoed the same in his tweets, insisting the deal was being misrepresented and demanding more credit from the press.

“We have been trying to get some of these Border Actions for a long time, as have other administrations, but were not able to get them, or get them in full, until our signed agreement with Mexico,” he wrote, claiming that if former President Barack Obama had made the deals he has, “the Corrupt Media would be hailing them as Incredible, & a National Holiday would be immediately declared.”

He has also dangled the prospect of renewing his tariff threat if the U.S. ally doesn’t cooperate to his liking.

“There is now going to be great cooperation between Mexico & the USA, something that didn’t exist for decades,” he tweeted Sunday.

“However,” he added, “if for some unknown reason” that doesn’t happen, “we can always go back to our previous, very profitable, position of Tariffs.” Business leaders and many Republicans had urged Trump against the tariffs, warning they would drive up consumer prices, hinder the economy and compromise the ratification of an updated North American trade deal.

Mexico’s ambassador in Washington, meanwhile, said her country was committed to cooperating with the U.S. and that discussions would continue over the coming 90 days.

“We want to continue to work with the U.S. very closely on the different challenges that we have together. And one urgent one at this moment is immigration,” said Martha Barcena. She told CBS’ “Face the Nation” that the countries’ “joint declaration of principles ... gives us the base for the road map that we have to follow in the incoming months on immigration and cooperation on asylum issues and development in Central America.”

The U.S., she said, wants to see the number of migrants crossing the border return to levels seen in 2018. U.S. Border Patrol last week announced it had apprehended more than 132,000 people at the border in May, including a record 84,542 adults and children traveling together, straining federal resources and leaving officials struggling to provide basic housing and health care.