Tehran's difficult days: The impact of crises on the regional role of Iran 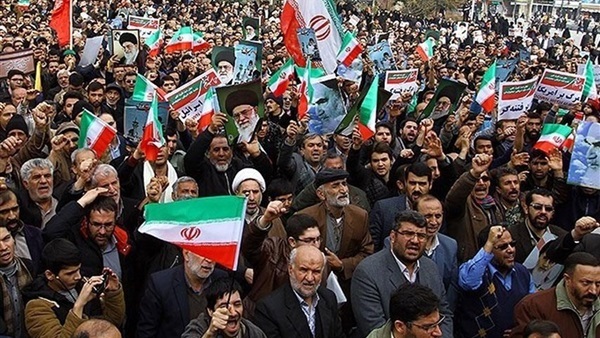 طباعة
Since the revolution of the Islamic Republic, Iran has experienced many crises, including the internal challenges that surrounded the revolution and threatened its continuation.
These challenges included Kurdish rebellion that began with the revolution in 1979, the demonstrations in Tabriz, the capital of the territory of Azerbaijan, The People's Mujahideen Organization, and confronting some anti-revolutionary entities such as the pro-Moscow Communist Tudeh Party, the Fedayeen Khalq (the hard-line Marxists, the Communist Ba'akar organization, the Kurdish Marxist group, etc.), as well as the test of Iran's military capability in the war against Iraq, which bowed to its end and declared a cessation of hostilities.
This comes in addition to the security challenges to confront uprisings and demonstrations throughout its history, most recently in 2009 or crises related to repeated sanctions imposed on them for decades. 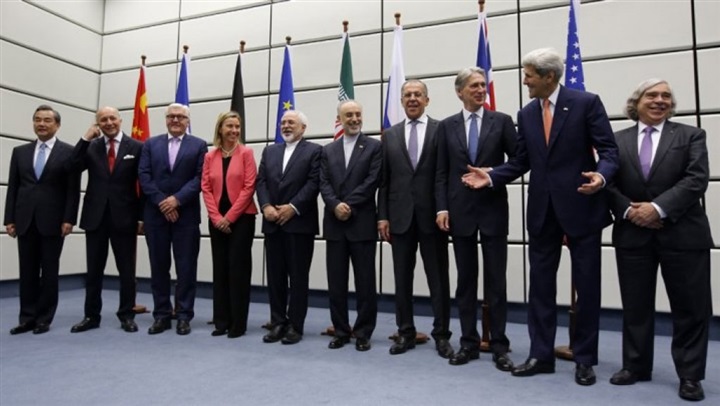 However, the challenges that Iran has undergone have somehow managed to get out of it through strategies of adaptation or less losses, re-looking for alternatives and circumventing them to reach their goals, in addition to refusing to abandon their faith based on the Persian project and exporting the revolution with their insistence on intervention in the internal affairs of the countries of the region.
That does not comply neither with the rules of the international organization nor the diplomatic and peaceful customs - and the formation of parallel entities and militias used to achieve their objectives and pressure to form an active and pressing role.
Despite the historical experience in dealing with the crisis on the part of Iran, the scale of the challenges facing Tehran today has become more threatening and pressuring, especially since the arrival of President Trump and the administration of the Secretary of State Mike Pompeo, John Bolton, national security adviser, known for their hostility to the policies of Tehran.
The crisis has also taken on a more intense dimension, including internal and external, an unprecedented qualitative challenge to Iran, a very difficult test of the Islamic revolution itself and the viability of the regime, Iranian foreign policy and its ability to withstand and follow the same approach. 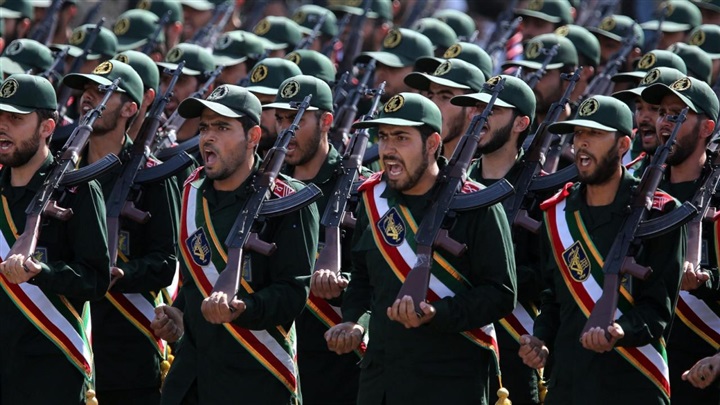 Repeated protests and an unprecedented sanctions package in Iran's history
The exit of the United States from Obama's nuclear deal with Iran in 2015 was a painful blow to Tehran, not only because President Rowhani and Foreign Minister Javad Zarif lost the most important paper to their success, but resulted in a new line of sanctions.
Although Tehran has been subjected to sanctions in the past, the latest sanctions packages are the most powerful in Iran's history, especially as they spread to strategic sectors such as banks, construction, oil exports, transactions with central banks, etc. The international companies that were preparing to invest in Iran, with the hopes of the system to eliminate the problems of poverty and unemployment that affected large sections of the people.
Unemployment reached more than 20%, and the impact of the government's actions to lift support for some goods and services which caused 40 percent of the Iranian people fall under the poverty line.
Despite attempts by some European countries to help Tehran maintain economic opportunities with them and to establish a financial mechanism to reduce the impact of those sanctions, these measures did not succeed in overcoming the crisis, which was reflected in the emergence of a protest movement inside Iran by the end of December 2018.
This was extended to the beginning of 2019, and affected many Iranian provinces and territories, and the regime only managed to contain it through security and arrests.
Export Zero: Ending Iranian Oil Exemptions
For a number of reasons, the United States has given some exceptions to eight countries in the import of Iranian oil: Italy, China, India, Japan, South Korea, Turkey, Greece and Taiwan. However, recently, President Trump ended these exemptions from the beginning of May 2019, warning against the consequences of the import of Iranian oil, in order to maximize the losses and tarnish Tehran's exports of oil as it depends on it by at least 40% -50% of state revenues.
US sanctions have succeeded in depriving the Iranian regime of about $ 10-15 billion of this amount, which affects the support of Iranian militias such as Hezbollah in Lebanon, the Ansar al-Houthi group in Yemen, and the Quds Force, the military wing of the Iranian Revolutionary Guard, which is operating in Syria and Yemen, and some coordination with the popular crowd in Iraq.
Such a move to end oil exemptions would exacerbate the crisis in Tehran not only by its ability to support its operations abroad, but also at home, warning of the scale of the demonstrations and its threat to the regime. The rate of deflation in the Iranian economy reached 6%, the rate of inflation reached 51.4% and Iran fell from third to fourth place in the ranking of the largest countries in the production of oil in OPEC after Saudi Arabia, Iraq, UAE.
This comes despite the reservations of China, the world's largest oil importer, which has been linked to economic crises with the United States of America recently as well as Turkey, which relies on 40 percent of Iran's oil, causing it a crisis especially in the light of its inability to deal with the alternatives put forward by the United States due to considerations of trust and dependence.

This takes place especially since the relations between Turkey and America are not good recently with the existence of files such as the United States support for the Kurds and the Syrian Democratic forces (QSD), the United States' support for Fethullah Gulen against Erdogan, accusations of American involvement in the Turkish lira crisis, and before that the coup attempt on Erdogan.
The United States closed the way to Iran after Rohani's first visit to Iraq in an effort to salvage what could be saved on the grounds that there was some influence for Tehran inside Iraq and could be invested in easing the sanctions as well as Baghdad playing the role of mediator, but the United States followed certainly Iraq's commitment to sanctions on Tehran.
Classification of the Revolutionary Guard as a terrorist organization
There have been many previous calls to classify the Revolutionary Guard as a terrorist organization, but no serious steps have been taken in this regard because of many considerations. For decades, there have been US bases almost constant in the management of the conflict with Tehran, and there was no American ability to take a step such as the classification of the Revolutionary Guard as a terrorist organization, and even when it wanted to do so in the past, the US Treasury Department classified the Quds Force, the military arm of the Revolutionary Guard, which exported the revolution and led foreign operations, and did not have the capacity to fully incorporate the Revolutionary Guard. 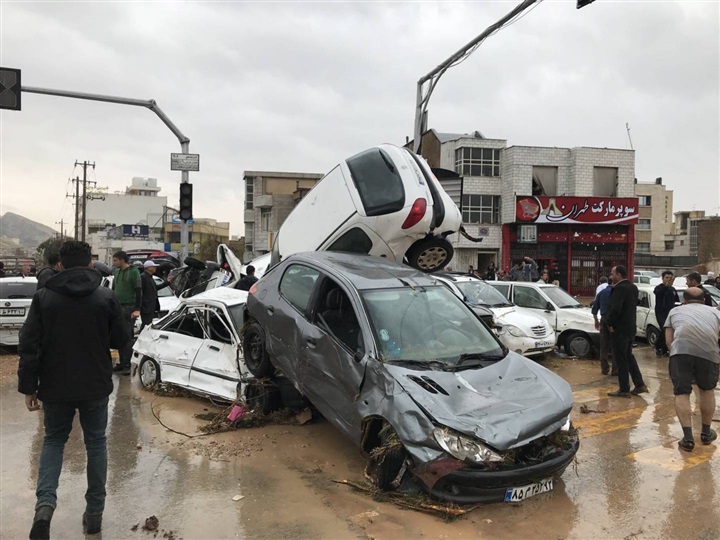 One of the main reasons for fear of taking this action is the existence of fears from the Pentagon and the CIA to provoke the Revolutionary Guards forces to carry out hostile operations against US interests or harassment of troops in a number of countries in the region. This made the strategy of economic sanctions the first option for the United States of America towards Tehran.
However, this shift and decision to classify the Revolutionary Guard as a terrorist organization stems from several transformations and has different 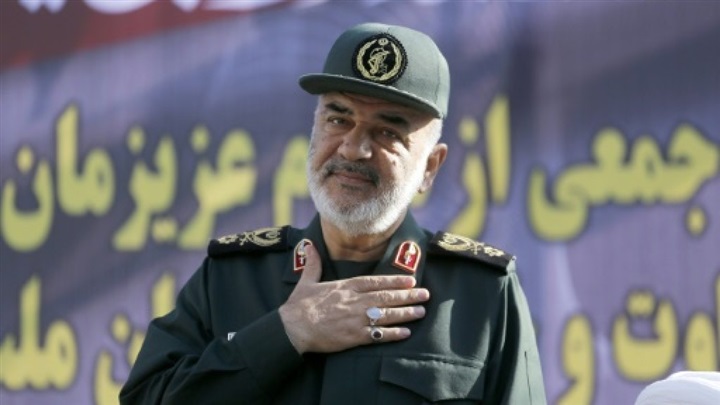 implications. First, the decision is a reflection of the nature of the composition of the American decision-maker. This decision confirms that there is a different and continuous course and that there is no prospect of calm or negotiation in the near future, especially in the presence of the administration of the United States which adopted the strict positions willing to undermine and encircle the capabilities of the State desire to change the regime, both inside and outside. On the other hand, this resolution is a clear desire of the United States to escalate the confrontation with Iran and enter a new phase that goes beyond the final qualitative economic sanctions, in order to create a complete paralysis of Iran internally and externally. 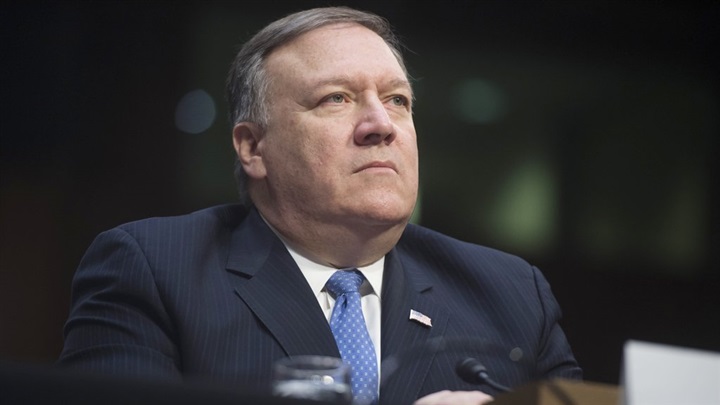