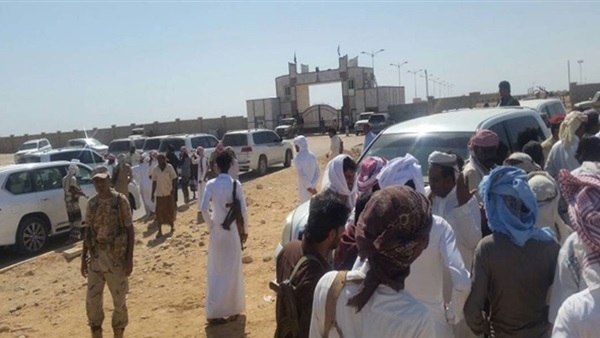 Qatar and Iran have been seeking to stir controversies within Yemen’s liberated areas.

Recently, invitations have called for a sit-in in Al-Mahra governorate, near the border with Oman, to turn it into a new battlefield in a bid to reduce the pressure by the Arab alliance against the Houthi militias.

Yemen information minister Moammar al-Eryani has warned against a scheme to stir up sedition in Al-Mahra governorate as he tweeted, “While President Abdrabbuh Mansur Hadi and his allies are exerting strenuous efforts to end the nearly four-year-old war and curb the suffering of citizens, some parties are seeking to set obstacles and problems in Al-Mahra, which had been out of the conflict zone all this time.”

Eryani further urged the citizens of Al-Mahra to gather around the local authority to preserve the governorate’s security and stability, pointing out that the governorate has received considerable attention by the president and the Saudi-led coalition. He referred to the initiation of a program to develop and reconstruct Yemen’s liberated areas.

“Such suspicious activities in Al-Mahra seeks to defame the role of the government and the Saudi-led coalition and organize demonstrations to plunge the governorate into chaos and internal conflicts to facilitate smuggling operations and reduce the pressure over the Iranian-backed Houthis in Hudaydah, Saada, and Al Bayda'.

Observers say Iran and Qatar started plotting their devious schemes that start with demonstrations and sit-ins and later turn into chaos, violence and the fall of states and regimes.

According to Yemeni sources and reports, Houthi leaders held several intelligence meetings with protests organizers in Al-Mahra, also, former First undersecretary of Mahra governor Ali Salem al-Harizi met with a Qatari intelligence office and Iranian officials to discuss organizing a rally against the Saudi-led coalition, which has been arresting and eliminating terrorists and smuggles of arms and drugs into Yemen.

Yemeni media figure Anis Mansour said on Twitter that Qatar and Iran have been holding intelligence meetings with Harizi to plan and launch their scheme to destabilize and spread chaos across the governorate.

Moreover, Al-Arabiya reported that Harizi took place after most of the ports he used to smuggle arms and drugs to the Houthi militias were targeted by the Saudi-led coalition. Other reports also said Harizi is involved in running networks to smuggle arms, money and drugs into Yemen through Al-Mahra.

Yemeni politician Kamel al-Khodani told The Reference in an interview that schemes by Qatar and Iran, along with their sponsored Houthi militias, never stopped targeting Yemen and the liberated parts.

He also pointing out that Iran and Qatar has been supporting a plan to confuse and disrupt the scene in Al-Muhra to falsely claim that citizens of the governorate are objecting the Saudi-led coalition.