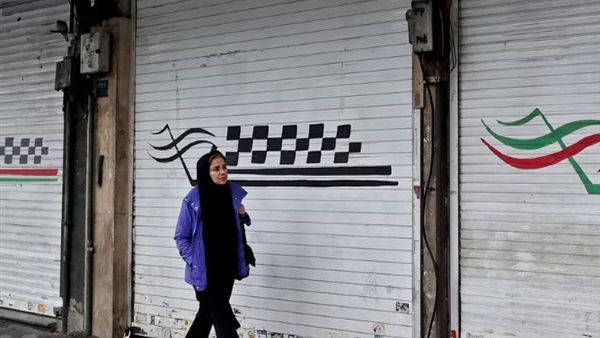 Entire commercial districts were shuttered ghost towns across Iran on a normally busy Monday, the start of three days of planned anti-regime strikes and planned demonstrations.

The latest round of protests came on the 80th day since the death of Mahsa Amini, the 22-year-old who fell into a coma and passed away while in the custody of the morality police. They also coincided with the annual commemoration of students killed by security forces of Iran’s former Shah Mohammad Reza Pahlavi during a 1953 Western-backed coup against the popular government of Prime Minister Mohammad Mossadegh.

For weeks protesters have been secretly distributing leaflets, spraying graffiti on walls, hanging banners from bridges and crafting announcements on social media calling for protests and labour actions. And as sleet fell across much of Iran on a grey wintry day on Monday, protesters could be seen emerging in various cities, including in central Tehran and the northwestern city of Hamedan.

“Not this way, not that way, [a profanity] into the supreme leader’s house,” they chanted, repeating a slogan that has become popular among working-class protesters.

Security forces could be seen in rain gear, shielding themselves from the elements, whilst holding teargas guns, or gathering forces along streets near protests. They and protesters nervously sized each other up, like a showdown at high noon.

“Look at this,” says the narrator of one video showing helmeted security forces marching down the streets. “It’s like they’re getting ready to fight World War Three.”

The regime claims about 200 people have been killed in the weeks of unrest, but human rights groups have put the number at least 450 killed, including dozens of youth under 18 years old.

Faced with regime violence, the protest movement has modified its tactics to preserve its ranks and give its supporters breathing space. The call to strike appeared to have been largely successful on Monday, and in addition to shopkeepers and business owners, truck drivers and workers at some factories appeared to have heeded the calls for a labour action.

“It’s a kind of transitional period in the movement, from active engagement on the streets to social disobedience,” said Hamidreza Azizi, an Iran specialist at the German Institute for International and Security Affairs in Berlin.

“I don’t believe the protests have died down or are coming to an end,” he said. “But we are noticing a change of tactics because of the brutality of the regime. It’s been two or three months. There’s fatigue among those who were initially more ready to go into the streets.”

The regime has been seeking for weeks to find a formula to suppress the protests or keep them from expanding.

Last week, lawmakers announced the creation of a committee to study the mandatory hijab law along with other public morality issues, dangling the possibility the hated rule could be removed or eased. Iran’s attorney general Mohammad Jafar Montazeri on Saturday acknowledged that the guidance patrols, which had been tasked with enforcing the hijab since 2005, had ceased operating since 16 September.

In an interview published Monday, Ali Khan-Mohammadi, the spokesperson for the Committee for the Promotion Virtue, said the mission of the guidance patrols “was over” but did not specify how or whether any other institution would take its place.

The country’s clerical and military rulers remain beholden to hardline Islamist activists and extremist clerics and their supporters who deem mandatory hijab as a cornerstone of the Islamic Republic. One hardline lawmaker vowed in a video posted online to “increase the costs” for women who fail to abide by dress codes. Iranian women have been flaunting mandatory hijab rules in the weeks since Amini’s death.

The regime has also sought to menace Iranians with threats of death penalties or imprisonment. Authorities over the weekend announced the execution of four men accused of spying for Israel and have threatened to impose the death penalty against protesters as well. More than 18,000 people have been imprisoned, and one activist who is facing a prison sentence said she and others facing jail time were dreading being locked up after hearing accounts of life inside.

“The prisons are so full, that the situation has become very grim,” she told The Independent. “There is nowhere to drop a pin. There’s apparently no space even to sleep on the floor in certain wards.”