Afghans can fight famine — with our help 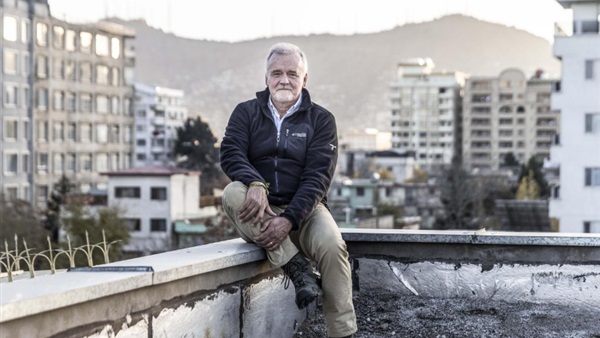 As dawn breaks over Kabul, thin spirals of smoke lift into the thin air as the city’s bakeries fire up. Yet even in this busy capital, there are many who can only dream of tasting fresh bread today.

From Kabul’s traffic-clogged streets to the remote central mountains, Afghanistan is slipping into its worst hunger crisis in memory, one that recognises no social class or geography.

While the hunger started first in the countryside where the worst drought in a generation caused crops to fail, robbing subsistence farmers of food, it has swept into the cities with the collapse of the economy that followed the country’s takeover by the Taliban.

The Taliban victory saw an overnight end to much of the foreign aid coming into Afghanistan, funding 80 per cent of its annual government budget while the United States froze $9 billion in Afghan central bank assets. Many donors, already unnerved by President Trump’s withdrawal agreement with the Taliban, stopped development funds as Kabul fell. When sanctions collapsed the banking system, what private investment remained met a brick wall.

Suddenly teachers, nurses, doctors and government office workers were left without salaries, thrown back on whatever savings they had. The crowds of day labourers who gather at intersections in Kabul to be picked up for building work swelled even as work dried up, leaving unfinished building sites across the city.

Afghanistan’s currency plummeted, sending prices soaring, only for them to go higher after Russia invaded Ukraine and blocked critical grain and fertiliser shipments from its Black Sea ports.

With more than 90 per cent of the population without enough food and more than 20 million at risk of starvation, the United Nations has named Afghanistan the worst humanitarian crisis in the world, one that is unfolding largely unseen. Yet millions of Afghans now stand on the brink of famine, a term more associated with the Horn of Africa than here.

From his office in Kabul, Charles Davy, Afghanaid’s managing director, follows the hunger reports with increasing alarm. He says: “In the central highlands, we’re getting reports of people literally in famine situation — getting so little food that they are on the verge of starvation or starving already.”

Davy worked in Ethiopia during the famine in the 1980s. “I will say you don’t see that kind of starvation in Afghanistan, not yet,” he says. “But I think what is different is how broad it is, how it is touching all segments of society, every part of the country. That’s not what I saw in Sudan or Ethiopia at that time. It really is quite catastrophic.” Davy was at Afghanaid’s offices in Kabul the day the capital fell to the Taliban, listening with his staff to the reports coming in of the insurgents’ advance.

Afghanaid has been in Afghanistan for 40 years, having begun working with Afghan refugees in Peshawar during the Soviet occupation, and survived several bloody changes of government. For its staff, there was no question they would continue their work even with the Taliban in control, just as they did during the group’s last rule from 1996 to 2001. “We try to maintain good relations with whoever’s in power in Kabul,” Davy says. “But the real modus operandi is to work at a grassroots level with local people.”

What was different this time was the scale of western support propping up Afghanistan and the dire effect of its overnight removal. “Afghanistan’s national budget was 80 per cent financed by foreign aid, so taking that out of the system, obviously, was a massive shock,” Davy says. “Just going out so quickly, there was no time to adjust. The international assets were frozen and banks simply didn’t have the liquidity, it just vanished from the country.”

Western governments had long held up progress on women’s rights and status as a bright spot in their 20-year intervention in Afghanistan and that has been the point on which they have hoped to pressure the Taliban by withholding aid. Their attempt has failed. The Taliban have grown more hardline during their year and a quarter running the country, banning girls from secondary school, ordering them to cover first their heads and now their faces and making them travel with a male guardian.

The western decision to withhold funds has done nothing to ease the plight of women. “Whether girls are going to school or not, they have to eat, they have to get medical treatment,” Davy says. “Whether the women are able to work or not, still they need medical treatment, they still need to eat. You’re not going to change that through sanctions. It is the Afghan people that are suffering, not the Taliban.”

Afghanaid’s workload has soared. “Since the Taliban took over, we’ve been operating at double the size we operated before,” Davy says. “We’re expecting next year to be about double again.” Emergency programmes previously made up 20 per cent of its work; that has grown to 80 per cent as the crisis deepens. Farmers forced to sell next year’s seed just to feed their children now have nothing to plant while those who have sold their livestock to put bread on the table have no milk to barter, creating a vicious cycle of need.

“My experience of the people of Afghanistan is that they are incredibly hardworking, incredibly resilient and creative,” Davy says. “So I’m always hopeful, given their attitude, their spirit. But the current situation is very difficult for them. It’s not as if you can say, ‘Oh, go get a job’. They can’t. They have jobs, they are farmers, they grow food. And in these current circumstances, they can’t. They need our help to help themselves.”