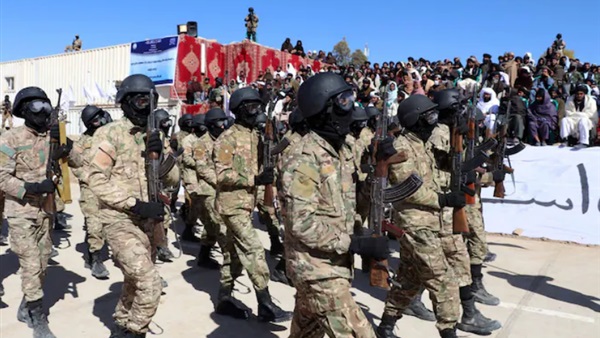 Hundreds of millions of pounds worth of British aid funded police corruption and brutality in Afghanistan, according to a watchdog report.

The Independent Commission on Aid Impact gave the UK’s aid programme in the country an “amber-red” rating, saying the government lacked a realistic approach to building a viable Afghan state before the country fell to the Taliban.

It found that Britain’s commitment to partnership with the US led to some poor choices on the use of UK aid. And it questioned the use of £252 million in aid for funding Afghan police counter-insurgency operations.

Some of this money funded "police corruption and brutality, including extortion, arbitrary detention, torture and extrajudicial killings", the investigation found.

ICAI also said British aid money funded corruption at the highest level of government. It said the decision to channel high levels of international aid through the Afghan central government, at the expense of provincial and local government, reinforced power at the centre and entrenched corruption.

It also reported that aid was spent well on schemes for women and girls, such as improving education and decreasing child mortality.

Sir Hugh Bayley, ICAI commissioner, said: “The international evacuation from Afghanistan marked the end of one of the most ambitious undertakings ever pursued by UK aid.

“It’s clear that the remarkable efforts by those working on the UK aid programme made a significant difference to many people in Afghanistan, including women and girls.

“However, the way the UK pursued its primary objective of building a viable Afghan state contained key flaws that contributed to its ultimate failure, and there are questions around the appropriateness of using UK aid to fund Afghan counter-insurgency operations.

“It’s not clear if the gains made by the UK’s aid programme, in improving literacy and reducing child mortality for example, will last under Taliban rule, and there are lessons that must be learned and used to guide future stabilisation and state-building initiatives.”

The report found that UK aid should not be used to fund police or other security agencies to engage in paramilitary operations, as this entails unacceptable risks of doing harm. It said that any support for civilian security agencies should focus on providing security and justice to the public.

The report found that attempts were made to end police funding, but they were overruled at the “highest levels of the UK government”.

Since 2001, the total amount of British aid sent to Afghanistan was £3.5 billion. The US and the UK were forced to withdraw from Kabul in August 2021.

The report also found that the theft of arms and equipment was “widespread” and there were “ghost officers” on the payroll of the Afghan police.

UK security assessments in May 2020 refer to reports of the police force committing various human rights violations, including beatings, excessive force during arrests, and arbitrary arrest and detention.

And the report also highlights a US State Department report that said the force was implicated in recruiting boys for sexual abuse. Children were penalised for “moral crimes” if they complained to the police.

The watchdog said giving money to the trust fund that paid police salaries “stands out as a significant ‘do no harm’ lapse”.

'Unsatisfactory in most areas'

He said: “Aid workers in Afghanistan are to be commended on the effective work they have delivered through individual programmes.

“However, the long-term success of the UK aid programme in Afghanistan is in doubt as a result of the failure to secure a viable Afghan state.

“The independent aid watchdog, ICAI, rates the UK’s development assistance to Afghanistan as unsatisfactory in most areas.

“It has found that decisions to fund police or other security agencies were ill-conceived. ICAI states that in highly fragile contexts such as this, ministers must consider the prospects of viable political settlements in the sustained belief of a successful transition out of conflict.

"This review demonstrates that individual UK aid programming can succeed, but ministers must work out their priorities and direct UK aid to where it counts.”

A Foreign Office spokesman said: “UK aid improved health; increased school enrolment; provided humanitarian support to the most vulnerable; and led the way in clearing landmines and other unexploded munitions across the country. We welcome the commission’s report and will provide a formal response in due course.”