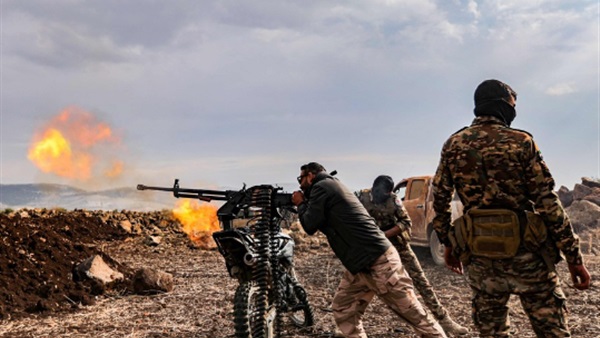 The commander of the Kurdish-led Syrian Democratic Forces in northeast Syria said his group is prepared to repel a ground invasion by Turkey.

SDF head Mazloum Abdi told the The Associated Press that his group has been preparing for another such attack since Turkey launched a ground offensive in area in 2019 and “we believe that we have reached a level where we can foil any new attack. At least the Turks will not be able to occupy more of our areas and there will be a great battle.”

He added, “If Turkey attacks any region, the war will spread to all regions...and everyone will be hurt by that.”

Turkey has carried out a barrage of airstrikes on suspected Kurdish militant targets in northern Syria and Iraq in recent days, in retaliation for a deadly Nov. 13 bombing in Istanbul that Ankara blames on the militant groups. The groups have denied involvement in the bombing.

Following the weekend’s airstrikes from Turkey, Turkish officials said that suspected Kurdish militants in Syria fired rockets Monday across the border into Turkey, killing at least two people and wounding 10 others. Abdi denied that SDF had struck inside Turkish territory.

Turkey has threatened to escalate from airstrikes to a ground invasion. Turkish President Recep Tayyip Erdogan said Tuesday, “We have been on top of the terrorists for the past few days with our planes, artillery and drones. As soon as possible, we will root out all of them together with our tanks and soldiers.”

Erdogan added that the measures were for “the safety of our own country, our own citizens. It is our most legitimate right to go where this security is ensured.”

Turkey’s allies have attempted to dissuade such measures. Russian presidential envoy in Syria Alexander Lavrentyev said that Turkey should “show a certain restraint” in order to prevent an escalation in Syria and expressed hope that “it will be possible to convince our Turkish partners to refrain from excessive use of force on Syrian territory.”

Mazloum called on Moscow and Damascus, as well as on the U.S.-led coalition fighting against the Islamic State group in Syria, with which the SDF is allied, to take a stronger stance to prevent a Turkish ground invasion, warning that such an action could harm attempts to combat a resurgence of IS.

The Turkish airstrikes, which have killed a number of Syrian army soldiers operating in the same area as the SDF forces, have also threatened to upset a nascent rapprochement between Damascus and Ankara. The two have been on been on opposing sides in Syria’s civil war but in recent months have launched low-level talks.