‘Putin kaput, glory to Ukraine!’ Inside Kherson as it celebrates liberation 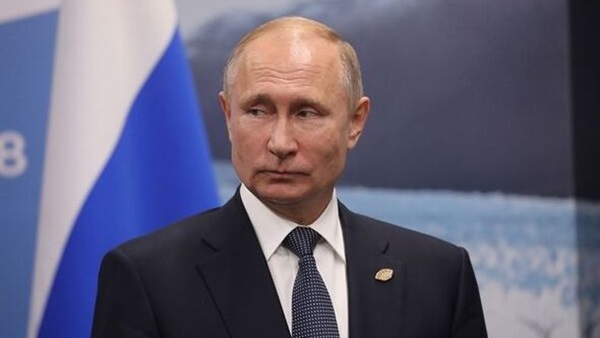 Crowds of euphoric residents lined the streets of Kherson today waving yellow and blue Ukrainian flags in greeting as their troops rolled into the city after eight months of brutal Russian occupation.

“Glory to the Ukrainian armed forces! Glory to Ukraine!” they chanted. A cardboard sign taped to a lamppost in Freedom Square read: “Putin kaput!”

Some of the Russian propaganda posters erected around the strategically important southern city had already been torn down in the hours since President Putin’s army made a hasty withdrawal on Friday morning. A group of teenagers posed for selfies in front of one hoarding that remained, their middle fingers extended towards its now outdated declaration: “Kherson is with Russia forever!”

Kherson, with a prewar population of 280,000, was the only provincial capital that Russia had seized since the start of the war. Its loss is the most embarassing defeat suffered by Putin since he began his invasion of Ukraine in February. Coming just six weeks after he claimed the city for Russia in perpetuity, it is arguably the biggest personal humiliation of his 22-year rule.

Celebrations broke out across Ukraine on Friday after the Russians began to flee. In his nightly video address President Zelensky hailed the recapture of the city as a “historic day” and promised to restore medicine supplies and communications as soon as possible. “Life is returning,” he said.

In Kherson itself the jubilation was tempered by the continuing danger posed by the Russian military presence just across the broad river that flows around the back of the city.

As we joined residents on the Ukrainian-controlled western side of the Dnipro, Russian soldiers opened fire from the positions on the opposite bank, forcing us to beat a hasty retreat. Around half an hour later, Russian shells could be heard in the distance.

When Putin’s army escaped, they blew up the Antonoviskyi bridge, which provided the only road link across the Dnipro, to prevent a Ukrainian pursuit. A destroyed section of the bridge was visible through the mist.

Not all the Russian soldiers managed to get out in time. “Some of them are holed up in basements in the city,” said Zhenya, a Ukrainian soldier. “Our forces are now working to neutralise them.”

Filled with adrenaline, residents shared raw memories of the misery inflicted by the occupiers during their time in charge.

“We lived in hell under the Russians,” said Serghii, 29. “There was no freedom. They took anyone who was pro-Ukrainian and tortured them. But I always believed that our army would free us. Always.”

Dmytro, 25, had been less confident that the liberation would come. “It was so terrifying to walk along the street and hear the screams of people being tortured. I’ll never be able to forget this. When I saw our soldiers entering the city I thought it was a dream,” he said. During the occupation, Russian soldiers had routinely stopped locals and checked their phones. “If they found even a hint that you were pro-Ukrainian, they would lock you up and beat you. They forced their prisoners to learn the Russian national anthem.”

Another man, Evhen, said that Russian soldiers had dragged him off the streets and beaten him for hours. “They threatened to cut my ear off,” he said.

Roman, the owner of a fleet of trucks, said he had been captured by Russian troops who beat him and put a gun to his head until he handed over the keys to his lorries.

“The occupants looted everything they could and sent it to Russia,” said Galyna. “What they couldn’t take, they destroyed.”

Roman Holovnya, an adviser to Kherson’s mayor, said that aid and supplies had begun to arrive from the neighboring Mykolaiv region to address what he described as “a humanitarian catastrophe”.

Russian-installed officials even forced Kherson’s residents to live by a Russian time zone, which is an hour ahead of Ukrainian clocks. As darkness fell this evening, residents were unsure about what time it now was for them. “We are all confused now,” said one. “Is is 6pm or 7pm?”

Because the retreating Russian forces cut off the power and the water supply, much of Kherson descended into darkness. People gathered at cafés powered by generators. In contrast to the joy in the city centre earlier, the mood was tense. A drunken man hurled a cup of tea at an elderly woman after she said her grandson had served in the Soviet army.

Imposing order on the liberated city is now an urgent priority.

The national police chief, Ihor Klymenko, wrote on Facebook that about 200 officers were deployed in the city, setting up checkpoints, defusing unexploded ordnance and documenting evidence of possible war crimes.

Hundreds of inmates left without food or water by Russian forces escaped from the local prison. “I was freed this morning,” said one man who spent seven years behind bars for robbery. “I want to get home and see my family in western Ukraine.”

Some locals collaborated with the Russian occupying forces. Those who did, or stand accused of doing so, face an uncertain future if they remain in the city. Roman suddenly pointed at a woman in a red coat. “She was kissing Russian soldiers!” he shouted.

Despite the hardships he and many others endured, most are looking forward to a brighter future.

“We hardly left the house while we were under occupation,” said Roman. “Now we can breathe again.”

Seized by Russia’s army in early March, Kherson was spared the large-scale destruction witnessed in other Ukrainian towns and cities. The villages nearby are in ruins, however.

Approaching the outskirts of Kherson, there is barely a building left intact. The landscape is littered with burnt-out Russian armoured vehicles and the remains of rockets poking from the shattered roads.

Near Snihurivka, 25 miles to the north, the bloodied body of a Russian soldier lay splayed on the broken tarmac on the road into Kherson. He had been torn in half. Tied around his one remaining foot was a white length of fabric.

“Nobody picks their bodies up,” said a young deminer who was clearing the side of the road. He stamped a cigarette out under his boot.

His colleagues, he said, tied the fabric around the soldier’s foot so they could move the corpse from a safe distance.

“So many of them are mined,” he said.

The scale of the Russian traps left behind was becoming clear. Demining teams face an enormous task in ridding the city and the roads around it of improvised explosive devices (IEDs).

In Chornobaivka, a village on the northern outskirts of Kherson that has passed into legend among Ukrainians as a graveyard of Russian soldiers after a series of devastating attacks on troop convoys, the mood was carefree.

A soldier guarding a checkpoint laughed as he waved traffic through the broken streets, littered with the twisted remains of vehicles.

“I’m from Kherson and I still haven’t been. I am so looking forward to going home,” he said. “But there are still so many saboteurs there, so many unpleasant people.”

Other soldiers advancing towards Kherson also feared that the celebrations would not last.

“Putin is going to smash Kherson with cruise missiles, he’s going to destroy it,” said one fighter, reeling with drink, on a country road near the city.

For Olena Sapsai and her sister Lubova the Russian retreat was a bittersweet victory. They had fled their homes just north of Kherson when the Russian shelling became too extreme.

Yesterday they returned for the first time, but it was not a cause for celebration. They had set up tables and chairs amid the ruins of their childhood home to hold a wake. Their mother had died — of sadness, they said — 40 days ago, in exile.

“We are happy of course that Kherson is liberated,” Olena said. “But nothing is the same. We have four sons-in-law fighting. This isn’t finished.”