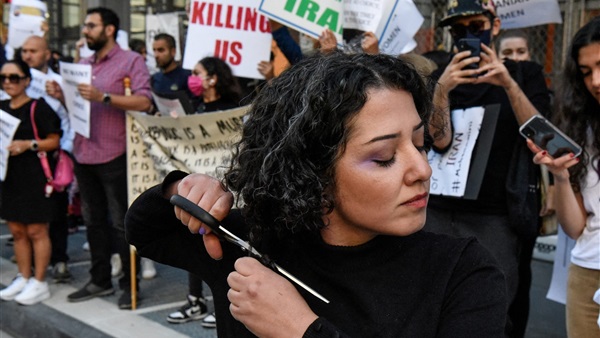 As night falls across Iran, the homes of doctors fill with injured protesters and kitchens are turned into surgeries to treat gun shot wounds and broken bones.

“I removed nine bullets from an 18-year-old boy,” said one doctor, speaking anonymously for fear of reprisal. With the internet controlled by the Tehran regime, meeting foreign journalists has become more dangerous since protests began over the death a month ago of Mahsa Amini, 22, in the custody of the Islamic Republic’s morality police.

As the state uses violence to suppress demonstrations, those protesters who need medical treatment have few options. There have been reports of ambulances taking the wounded to police stations, not hospitals. Doctors are violently arrested if they are caught treating demonstrators and intelligence officers make a note of injured protesters who go to hospitals, arresting them later.

As a result, many doctors finish their hospital shifts and then treat protesters in their homes after dark. Shotguns were the most commonly used weapon, said the doctor in northwest Tehran who treated the 18-year-old. Some wounds are so deep that they were evidently fired at close range.

“Shotguns are being used in the worst possible way by police officers and plainclothes forces,” he said. “It is as if they are untrained, or intent on increasing the number of casualties . . . sometimes they are just firing aimlessly at the crowd.”

One patient was shot in his home for videoing protests from his window. Pictures from Human Rights Activists in Iran, which is based in America, showed that a bullet had lodged millimetres from his eye. “The number of the dead are growing by the day,” said Skylar Thompson, an advocacy officer for the group. “Under no means is the lethal use of force against civilian protesters acceptable. The videos we are seeing come out of Iran — it looks like hunting season. These officials have no regard for human life.”

Some doctors struggle to treat life-threatening injuries in their homes. Many young people refuse to go to a hospital when it could result in them languishing in a jail cell.

“I had a call about someone who had severe bleeding and was haemorrhaging because a bullet had hit vital organs,” one doctor said. “I told them to get him to a hospital. Even if he is arrested he might have a better chance of living. [Otherwise] this person probably will not even last an hour or two.”

The protests, which entered a fifth week yesterday, began with women publicly burning their headscarves and cutting their hair but have turned into mass demonstrations in towns, cities and campuses nationwide. Iran’s supreme leader, Ayatollah Ali Khamenei, has accused Iran’s foes of fomenting the “riots”. In remarks on state TV he compared the Islamic Republic to an unshakeable tree, adding: “No one should dare think they can uproot it.”

The Islamic regime has long created splits within the population of 84 million, trying to ensure that there has been no common cause for people to revolt against.

An accident and emergency doctor in the centre of Tehran told The Times that most injured protesters did not dare enter public hospitals but that private ones were less closely watched by intelligence officers and some who could afford private treatment were taking the risk. Even there, however, doctors suspect that hospital owners are under pressure to collude with the regime. The crackdown has been most brutal in Iranian Kurdistan, where the protests over Amini’s death began.

Hengaw, a human rights group, said a doctor from Amini’s home town of Saqez, who had been treating injured protesters, was violently detained by plainclothes security forces on Monday. His whereabouts are unknown.

With many choosing to try to self-treat their injuries, doctors inside Iran and abroad have been flooded with requests for advice, a task hampered by internet outages imposed on the country. Some have taken to sharing the messages they receive on Instagram where protesters are shown badly beaten, some with fractured skulls.