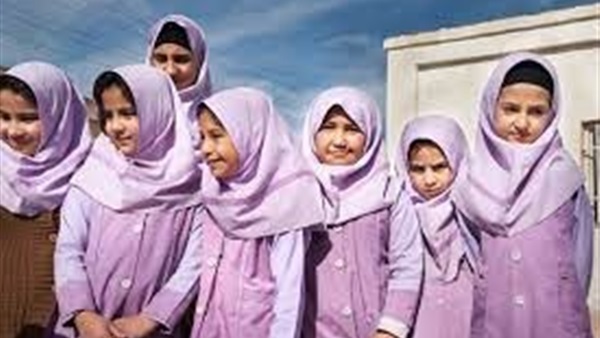 Waist deep in putrid water, Safeer Ali was forced to admit defeat once again and return to the makeshift refugee camp he now calls home.

Since flooding submerged his village in Pakistan’s eastern Punjab province, the 14-year-old has tried to reach his former school every day to no avail.

“There is mud everywhere but I can see its walls have collapsed,” said Safeer. “It makes me cry when I see my school in this condition and teachers say it will take time to open. I want to go to school; study and play with my friends. I want it to open immediately but I am totally helpless.”

The facility in the village of Basti Ahmadani had catered for some 800 students. But it is one of more than 18,500 schools destroyed since June by devastating flooding, described by the Prime Minister as the “worst in the history of Pakistan”.

One-third of the south Asian nation has been submerged by waters since August, while over 1,550 people have died. The total economic cost is predicted to exceed £35 billion.

As flood waters slowly start to subside in some areas of Sindh and Khyber Pakhtunkhwa, two of Pakistan’s four provinces, attention is shifting to the longer term ramifications.

In addition to a worsening healthcare crisis, experts have warned of a lost generation of Pakistani children, again unable to reach the classroom after already missing out on schooling during the Covid-19 pandemic.

“Out of the 33 million people displaced in Pakistan, at least half of these children and we are facing a complete loss of learning among this current generation,” said Khuram Gondal, the country director at Save the Children Pakistan.

“If something is not done quickly then we are going to see millions of children, many of whom are already traumatised from the flooding, not return to schools.”

Pakistan already had one of the world’s worst education systems. The World Economic Forum ranked Pakistan as 125th out of 130 nations for quality of education infrastructure and skills development, in 2017.

Inadequate education spending – just 2.8 percent of GDP in 2021 – has resulted in a lack of funding to build schools, train new teachers or purchase equipment. In rural areas like eastern Punjab, it is common for one school to cater to pupils from multiple villages. Some will walk for hours to reach their classrooms.

But floodwaters have not only destroyed over 18,500 facilities, they have also washed away the routes children used to get to school.

“The year had barely started this year and then we had the flooding. Even in schools that were not totally destroyed, we need to replace the desks, blackboards and school furniture,” said Mubina Agboatwalla, chair of Health Oriented Preventive Education, a Pakistani NGO working to improve the lives of the country’s poor.

“To be very frank, I don’t think schools will start functioning in the flood affected areas for at least six months.”

Several factors are further exacerbating the crisis. Many schools that survived the flooding, according to official records, are now being used to house refugees across Pakistan and can no longer hold classes.

Teachers are also among the displaced and it is unclear whether many will return to their submerged former villages and towns. Pakistan already had a shortage of school teachers before the flooding with Punjab province alone reporting a scarcity of 90,000 professionals.

In the long term, it is likely the flooding will cause millions of students to drop out of Pakistan’s education system forever, compounding an existing trend. According to the World Bank, at least one million children haven’t returned post pandemic.

The country already had the second-highest number of out of school-aged children in the world, around ten million. Geographical factors and poor transportation networks, resulting in safety fears, kept more girls away than boys.

“The baseline for us is that Pakistan is ground zero for the world’s learning crisis,” said Zia Akhter Abbas, executive vice president at The Citizens Foundation, a Pakistani NGO focused on education.

“Even before the pandemic and the flooding, for every ten children of school going age, four never enrol and out of the other six, three are not learning close to the level of their grade.”

Now, with one third of the country submerged, displacement will trigger more dropouts. But pressure is also mounting for children to enter the workforce and support their families, many of whom lost their homes and businesses during the flooding.

According to the minister of education in Sindh, Syed Sardar Ali Shah, at least two million children in this province alone could be pushed into the workforce.

There are also concerns about whether parents will be able to afford to send their children to Pakistan’s “affordable private schools”, where about 40 per cent of the country’s pupils are usually enrolled.

Pakistan was already undergoing a crippling economic crisis before the flooding, and the International Monetary Fund agreed to a £1 billion bailout in August. Given the extent of the damage now caused by the flooding, it is unclear how the country will now avoid a total economic collapse.

The funds that Islamabad has got available are currently going towards providing food and shelter to those affected, as well as combatting the rapid spread of deadly water borne diseases like cholera and typhoid.

Rebuilding around 900 healthcare facilities and repairing Pakistan’s cold chain vaccination network is also a costly priority. The country has reported 19 cases of polio this year.

“Education is just nowhere in the picture right now,” said Ms Agboatwalla. “The concentration right now is on how to get food to flood affected areas and to feed people and provide emergency treatment for illnesses.”

NGOs are trying to fill the gap but by their own admission they can only help a fraction of those affected, while many local authorities are unable to prioritise dredging schools.

Save the Children will open 600 temporary learning centres, for example, which the organisation hopes will reach around 1.5 million Pakistani children.

“If these students don’t return to school, they might not just enter the workforce but child trafficking and early marriages could take place. It also provides a huge opportunity for extremist groups, who can offer children money and opportunities,” said Mr Gondal.

“It is a really ambitious target and we recognise that the total number of children is much, much more than that but we are at least trying to bridge some gaps.”

Back in Basti Ahmadani, the flood waters around Mr Ali’s school are yet to subside. He says he is losing hope that he will be able to complete his education.

“My father says he still wants me to get an education and get a good job but if schools remain shut for a few months, I think my father will push me to do some work to help the family,” says Mr Ali. “After all, we have to eat.”