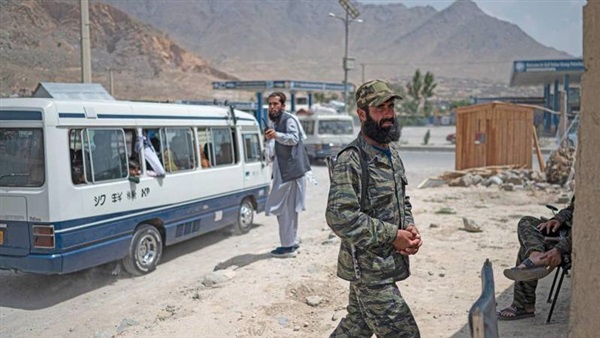 The United States ruled out releasing $3.5 billion (£2.9 billion) to Afghanistan's central bank after the leader of al-Qaeda was found hiding in Kabul.

Taliban leaders will not be able to access the money, which is held by the US "in the near term" after Ayman al-Zawahiri, the successor to Osama bin Laden, was killed in a US drone strike on July 31.

Zawahiri was on a balcony at the home he was living at in the middle of the Afghan capital.

US officials made the announcement about the money a year after the American withdrawal from Kabul, which led to the Taliban taking over.

Tom West, the US special representative for Afghanistan, said: "We do not have confidence that that institution [Afghanistan's central bank] has the safeguards and monitoring in place to manage assets responsibly.

"And needless to say, the Taliban’s sheltering of al-Qaeda leader Ayman al-Zawahri reinforces deep concerns we have regarding diversion of funds to terrorist groups."

The US did not see recapitalisation of the Afghan central banks as a "near-term option".

US and Afghan officials have been negotiating for months about the country's desperate economy.

But the Taliban has not been able to provide adequate assurances that funds held in the US would not be used for terrorism.

Instead, the US is seeking to use the money for humanitarian aid for Afghans.

Ned Price, the US state department spokesman, said: "The idea that we have decided not to use these funds for the benefit of the Afghan people is simply wrong. It is not true.

"So, right now we’re looking at mechanisms that could be put in place to see to it that these $3.5 billion in preserved assets make their way efficiently and effectively to the people of Afghanistan in a way that doesn’t make them ripe for diversion to terrorist groups or elsewhere."

He said discussion with "Afghan technocrats" would continue in relation to the central bank.

Following the discovery of al-Zawahiri the US accused the Taliban of a "gross violation" of its pledge to prevent international terrorists using Afghanistan as a base.

In a report earlier this year the UN Security Council said the Taliban was letting foreign fighters operate with "greater freedom" than at any point in recent history.

In February, President Joe Biden signed an order splitting $7 billion in Afghan assets frozen in the US into use for humanitarian aid, and a fund for September 11 victims.

The half for humanitarian aid was to go into a trust fund for distribution through humanitarian groups in Afghanistan.

A year after they seized the Afghan capital the Taliban have been staging victory parades in Kabul.

In that year Afghanistan's economy has been devastated and millions of Afghans have been driven into poverty and hunger.

Ramiz Alakbarov said a $4.4 billion UN humanitarian appeal for Afghanistan had received only about $1.8 billion.

He said 6.6 million people were just one step from famine.

Mr Alakbarov said he visited several hospitals and saw "heartbreaking scenes" of malnourished children who would not survive the winter without support.

About 24 million Afghans are in need of humanitarian aid, according to the UN.

Many have been spending up to 90 per cent of their income on food since January.

Erin Sikorsky, director at The Centre for Climate and Security in the US, said: "Poor governance by the Taliban will make things worse. It is likely Afghanistan will see more internally displaced people going forward, as disruptions to substance agriculture intersect with other security risks."