Strikes show we are coming for Crimea, Kyiv tells Moscow 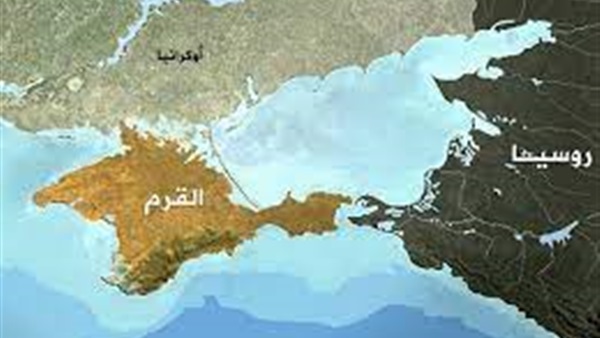 Ukraine has warned Russia that a series of spectacular strikes hundreds of miles into Crimea are just the beginning of a campaign to free the peninsula that was annexed by President Putin in 2014.

Yesterday a Russian ammunition dump exploded at a military base 125 miles behind the nearest front line, an airfield was ablaze outside Simferopol, the Crimean capital, and an electricity substation connecting the peninsula was destroyed. “These fireworks mean that Crimea is coming back to Ukraine,” Serhiy Bratchuk, the spokesman for Odesa region’s military administration, said.

Video from Azovskee, near the town of Dzhankoi, northern Crimea, showed huge blazes after munitions were detonated, firing rockets into the air. Earlier footage from a passing train had shown dozens of BM-21 Grad multiple launch rocket systems present at the ammunition dump before the blasts.

Although Ukraine did not formally claim responsibility, an adviser to President Zelensky hinted at the country’s involvement. “Morning near Dzhankoi began with explosions,” Mihailo Podolyak wrote on Twitter. “Demilitarisation in action.” An electricity substation nearby was hit in a separate attack and there were reports that a Russian airbase near Simferopol was also burning.

The Russian Ministry of Defence acknowledged the strikes on the munitions dump, blaming saboteurs and calling them “terrorist attacks”. Sergei Aksyonov, the Russian-installed leader of Crimea, said 3,000 people had been evacuated and two people had been injured. Traffic jams stretched across the Kerch bridge linking Crimea to Russia as panicked Russian tourists cut short their holidays, while large queues formed at Simferopol rail station.

The attacks follow the near-total destruction of a Russian airbase and ten planes in a blaze at Novofedorivka last Tuesday. Ukrainian officials told media that all were the result of raids carried out by an “elite special forces unit”, apparently able to operate with impunity at the heart of President Putin’s military operations in the south of Ukraine.

Satellite photos in the aftermath of the hit on the Novofedorivka airbase, near the town of Saky, showed large impact craters that suggested missile strikes rather than the type of explosive that could be carried by a special forces team. The Kremlin claimed that the destruction at the airbase was caused by an accidental fire.

The US has said it has not provided Ukraine with missiles capable of striking so deep into Russian-controlled territory. Kyiv has Neptune long-range anti-ship missiles, used to sink the battle cruiser Moskva, but these would need adapting for use against land targets and to fly through a three-layered Russian air defence to reach Crimea. Ukraine’s air force has been targeting Russian anti-aircraft systems with the US-provided AGM-88 anti-radar missiles, resulting in radar operators turning off their systems to avoid being hit. Ukraine’s Strategic Communication Centre said Russia had been stockpiling missiles for an attack on August 24, Ukrainian independence day.

The strikes are the latest setback for the Russian army in southern Ukraine, after nightly Himars missile strikes wrecked the three bridges across the Dnipro river under its control. Ukraine said that Moscow had withdrawn army commanders from the occupied city of Kherson, leaving about 10,000 men without secure supply lines.

However, in the Donbas region in eastern Ukraine, Russian forces are firmly dug in and still advancing slowly. Thousands of Russian troops have been sent to the south to meet a Ukrainian counter-offensive.

In Kharkiv in northeastern Ukraine, one civilian was killed and nine others were wounded by Russian shelling. Oleh Synyehubov, the regional governor, said the overnight attack was one of the most massive shellings of Kharkiv in recent days. Ukraine’s nuclear operator Energoatom yesterday reported an “unprecedented” cyberattack on its website, but said its operations had not been disrupted. Russia and Ukraine have accused each other of shelling the Zaporizhzhia nuclear pant, which is the largest in Europe.