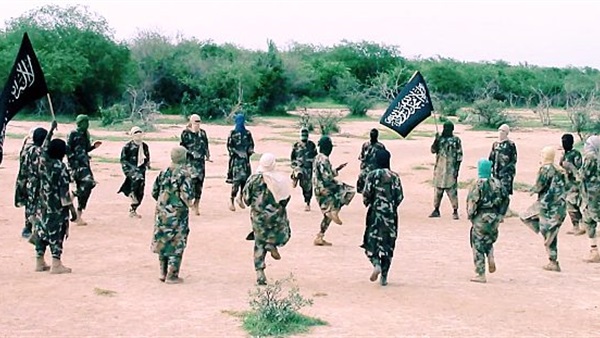 Despite the international support provided to the Republic of Mali in West Africa, with the aim of stopping the advancement of terrorist groups, led by Al-Qaeda, the authorities there are still unable to repel violent attacks that are taking place according to a strategy that aims at increasing pressure over the country.

Jama'at Nasr al-Islam wal Muslimin (JNIM), a militant jihadist organisation in the Maghreb and West Africa formed by the merger of Ansar Dine, the Macina Liberation Front, Al-Mourabitoun and the Saharan branch of Al-Qaeda in the Islamic Maghreb, has intensified its pressure on the Military Council in Mali in recent days, by launching a suicide attack in multiple places inside the country and making incursions towards the south.

In light of a continuous deterioration in the security situation in this country, which has been devastated by war since 2012, and was shaken by two coups during two consecutive years (2020 and 2021), the Jama'at Nasr al-Islam wal Muslimin group is expanding its influence.

Two booby-trapped vehicles packed with explosives have targeted an army outpost in Kati, a garrison town 15 km from Bamako that is both Mali's main military base and the residence of its current president, killing a soldier.

This is the first time that a target of such strategic  importance has been hit by Al-Qaeda terrorists who attack security posts in rural areas or around cities in the north and center of the country.

On the eve of the "Kati" attack, six coordinated attacks were recorded simultaneously in the center and south of the country, and this is unprecedented in relation to the movements and attacks of terrorists in the country.

Observers confirm that the strategy of the Jama'at Nasr al-Islam wal Muslimin Group is to keep the attention and the Malian armed forces away from northern Mali.

They also noted that the recent attacks, although their results were modest compared to the means that were used, demonstrated the high level of coordination among the group.

In contrast, a recent United Nations report revealed that this corridor to the south allows the group to extend towards the Atlantic coast, especially in Benin and Togo, where attacks are increasing.

The report added that Jama'at Nasr al-Islam wal Muslimin’s methods contrast with the blind violence of ISIS, which is also active in Mali, and this group seeks to establish a rule parallel to that of the state, according to several local sources.

Nevertheless, French President Emmanuel Macron stressed, during an African tour that he started in Cameroon on July 25, 2022, that his country will not abandon the security of the African continent.

On the other hand, the Malian army, which every week announces high casualties for its operations, which cannot be verified, has confirmed several times that the extremist group is “in trouble”, while the propaganda apparatus of the group responded in its message that admitted adoption of the Kati attacks by saying, “If you You have the right to use mercenaries to kill defenseless innocents, for this reason we have the right to target and destroy you.