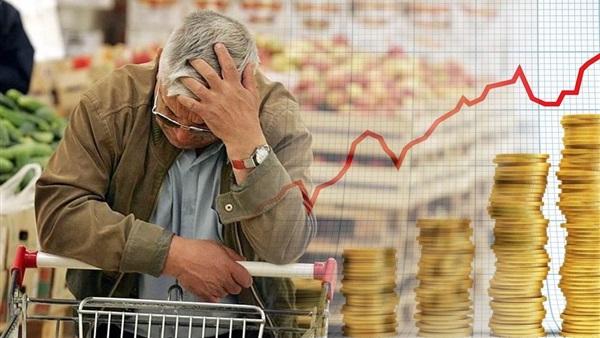 Slowing growth, scorching inflation and rising U.S. interest rates are intensifying a squeeze on emerging-market finances and stoking concern over a fully fledged debt crisis in low- and middle-income countries.

The anxiety is evident in sky-high bond yields and month after month of capital outflows, as investors ditch the assets of vulnerable countries in favor of safer returns elsewhere. Strains that have been building since Russia invaded Ukraine are gradually getting worse, as the outlook for global growth sours and hopes for a quick reprieve from rising inflation evaporate.

Further ratcheting up the pressure, the Federal Reserve this past week announced the biggest increase in U.S. interest rates since 1994, a move that risks adding to emerging markets’ debt and inflation woes by weakening their currencies and accelerating capital outflows. Currencies from the Brazilian real to the Chilean peso fell more than 3% against the U.S. dollar in the week through Friday. The benchmark MSCI Emerging Markets Index, which tracks stocks in 24 emerging economies, lost 4.7%.

The risk of contagion—when a crisis in one country spills into another by pushing investors to take flight—appears contained for now but may heat up without renewed efforts to ease the burden on heavily indebted governments and buttress weak banking systems, economists and investors say. Countries including Sri Lanka, Zambia and Lebanon are already in the grip of crises and are seeking international help to provide loans or restructure their debts.

The strain on emerging markets adds to headwinds for the global economy this year and next. The world looks set this year for its weakest expansion since the low point of the pandemic in 2020, and forecasters expect slow going in 2023 too. Galloping inflation and rising interest rates are eating into U.S. growth. Meanwhile, Europe is reeling from the war in Ukraine, and China’s economy is being held back by the government’s strict zero-tolerance approach to Covid-19.

Emerging markets are caught in these crosscurrents. The World Bank this month cut its forecast for growth in developing economies to 3.4% this year from 4.6% previously, citing the effects of spiraling prices for food and energy and rapidly rising borrowing costs following interest rate increases in the U.S.

“Financial stress could spread across countries,” the bank said in its latest report on global economic prospects, noting that rising interest rates in the U.S. and other advanced economies have been followed by crises in emerging markets before, such as the Latin American debt crisis of the early 1980s.

Bond yields offer an insight into investors’ darkening assessment of some countries’ prospects. Yields on the long-term debt of 23 countries are currently 8 percentage points or more above long-term U.S. Treasury yields, a sign of financial distress, up from 16 at the beginning of the year. The category includes Russia, Ukraine and Belarus in Europe; Argentina, Ecuador and Venezuela in Latin America; Ethiopia, Ghana and Mozambique in Africa; and Pakistan and Sri Lanka in Asia. The yield on Lebanon’s long-term debt is around 32 percentage points above its U.S. Treasury equivalent, according to Oxford Economics, a consultancy.

Emerging-market bond issuance has collapsed, falling 43% so far this year compared with the same period in 2021, according to data from Dealogic. The amount raised by emerging market issuers so far this year is the lowest since 2016, at $263.5 billion.

Economists say many countries that are struggling were already heavily indebted before the pandemic thanks to aggressive government spending spurred by low interest rates and ample funds from private lenders and new official creditors, particularly China.

Between 2011 and 2018, the public debt for the world’s poorest nations—defined as the roughly 70 nations that qualified for a global debt-payment suspension program during the pandemic—increased by 18% of gross domestic product on average, according to Marcello Estevão, global director for macroeconomics, trade & investment at the World Bank.

“The seeds of this debt situation were sown way before Covid,” Mr. Estevão said.

About 60% of the poorest nations were at high risk of debt distress or already in distress in 2020, up from 30% in 2015, according to the International Monetary Fund. Debt is considered distressed when a country is unable to fulfill its financial obligations and debt restructuring is required.

Debt continued to pile up last year as the pandemic dragged on. Debt owed to foreign lenders by low- and middle-income countries rose 6.9% on average in 2021 to $9.3 trillion, according to World Bank estimates—a faster pace than the 5.3% increase recorded in 2020.

The bulk of that sum is owed by the 10 largest borrowers, including China, India and Brazil. India’s debt increased 9%, while Pakistan’s rose 23%, and Peru’s rose 22%.

Rising interest rates, weakening growth and soaring prices tend to sap government revenue and make it harder for poorer countries to service their loans. The surge in commodity prices is especially painful for debt-laden countries that are net importers of essentials including food and energy.

Some countries face extra difficulties from foreign-currency debt, which can be harder to repay when the value of domestic currencies falls, and variable-rate debt, since interest payments will rise as rates go up. Countries with more than 50% of their external debt on variable rates include Papua New Guinea, Fiji and Zambia, World Bank data shows.

Though concerns over emerging markets are intensifying, particularly as incoming data suggests global growth will be weaker than anticipated earlier in the year and inflation may be more persistent than central banks had thought, severe financial distress has so far been limited to only a handful of countries.

Mr. Estevão said he isn’t yet worried about the kind of contagious crisis in which trouble in one country triggers broad selling by investors of others with similar characteristics. Idiosyncratic factors seem to explain why some countries are being hit harder than others right now, he said. Such factors include governance and the availability of support from friendly nations, as well as precrisis debt levels and the size of import bills.

“We don’t seem to be in a situation where people are panicked,” said Sonja Gibbs, managing director for global policy initiatives at the Institute of International Finance, referring to investors in emerging markets. “Rather, it’s more a low-grade anxiety.”

It isn’t clear how long the relative calm will last. Officials at the World Bank and other international institutions say governments and international creditors should use the breathing room they have to try to reduce risks, implement growth-enhancing economic reforms and reduce the burden of debts where possible.

“In the end you can’t avoid a crisis unless you correct the policies,” said Gabriel Sterne, head of global strategy and emerging-markets research at Oxford Economics and a former IMF official.

Rebeca Grynspan, secretary-general of the United Nations Conference on Trade and Development, this month urged the Group of 20 major economies to reinstate an initiative to allow developing countries to suspend debt servicing, which expired at the end of 2021, while pushing debt maturities back by two to five years to ease the burden of payments.

“The risk of a major debt crisis with a possible domino effect is greater today than during the Covid-19 pandemic,” she said.