Europe Offers Ukraine a Hope of Joining the E.U., but Not a Vast Arsenal 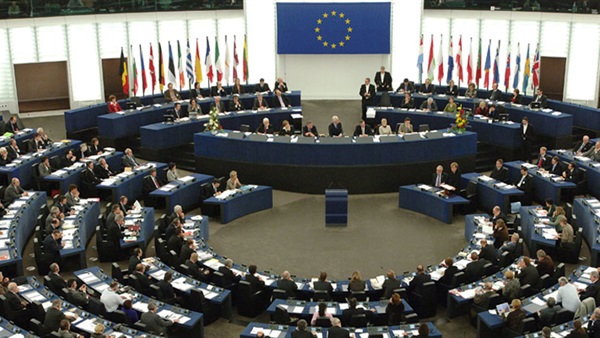 European leaders on Thursday pledged support for putting Ukraine on a path to membership in the European Union but did not promise the country additional heavy weapons on the scale it says it needs to repel a bloody Russian advance in the east.

The leaders of France, Germany, Italy and Romania, meeting with President Volodymyr Zelensky of Ukraine in Kyiv, all agreed to support Mr. Zelensky’s push to take the first step toward membership in the bloc, a move to redefine Ukraine as an integral part of Europe rather than a buffer state on its eastern rim.

Chancellor Olaf Scholz of Germany said that he and his fellow leaders had come “with a clear message: Ukraine belongs to the European family.

The European Commission, the executive arm of the European Union, is expected to announce on Friday its official recommendation on Ukraine’s application to become a formal candidate for membership. The approval process could take years.

The visiting leaders took pains to counter suggestions that they — particularly President Emmanuel Macron of France — would prefer a quick, negotiated end to the war, even if that rewarded Russian aggression with territorial gains.

“What I am saying today is that Ukraine must win this war,” Mr. Macron said.

The visit generated a mixed reaction in Ukraine, as the country moved closer to its long-sought goal of E.U. candidate status but did not gain major pledges of more long-range weapons to overcome Russia’s vast artillery advantage on the open plains of the eastern Donbas region.

“We expect new supplies, especially heavy weapons, modern rocket artillery and missile defense systems,” Mr. Zelensky said. “Each batch of supplies saves people’s lives. And every day of delays or postponed decisions is an opportunity for the Russian military to kill Ukrainians.”

Mr. Macron said that France would deliver six additional Caesar truck-mounted howitzers in the coming weeks, on top of the 12 already delivered. The United States has given Ukraine 108 long-range howitzers and this week promised several more.

But the deliveries and commitments are a fraction of the 1,000 howitzers that an adviser to Mr. Zelensky said are needed for battlefield parity in eastern Ukraine. Western commitments of rocket artillery systems, tanks and other gear fall similarly short of Ukrainian requests.

The Kyiv visit was shadowed by questions about whether European leaders would press Mr. Zelensky to pursue a peace deal with President Vladimir V. Putin of Russia, as concerns grow in European capitals over the costs of a protracted war and the risk of broader European involvement.

The Kremlin appeared to send an economic warning to E.U. leaders on Thursday, as Gazprom, Russia’s state-controlled gas company, cut the flow to Europe’s most important natural gas pipeline for the second day in a row, making gas prices surge further.

Mr. Zelensky said that the leaders had privately raised the prospect of negotiations with Moscow. But talks, he said, would not end the war at this stage.

“We touched on the theme of diplomatic efforts of various countries to achieve peace,” he said. “Everybody sees the only obstacle to all these efforts is the unreadiness of the Russian Federation for real actions, for real negotiations.”

Oleksiy Honcharenko, a member of Ukraine’s Parliament, said in an interview that he did not view the promise of E.U. candidacy as a part of a deal that Europe was offering in exchange for Mr. Zelensky’s government moving toward cease-fire talks.

But a sense of disappointment was palpable among some Ukrainian officials.

Viktor Andrusiv, an adviser to Ukraine’s interior minister, wrote on social media that “Macron, Scholz and Draghi are bringing us candidacy for the E.U. and a request to return to the negotiating process with Putin.”

European leaders insisted that they were not pressing Mr. Zelensky to accept a peace deal with Moscow, adhering to the Biden administration’s stance that it is up to Ukraine to decide for itself when and how to negotiate.

“We are and we will remain by your side in the long run to defend your sovereignty, your territorial integrity and your freedom,” Mr. Macron told Mr. Zelensky. “This is our goal, we have no other, and we will achieve it.”

Questioned by reporters about his recent comment that Ukraine and its allies should “not humiliate Russia” to improve the chances for diplomacy, Mr. Macron said his words had been misconstrued.

He drew an analogy to the punitive terms France and its allies imposed on Germany after World War I, often seen as sowing the seeds of the next world war.

“France made a historic mistake: It lost peace, because it wanted to humiliate Germany,” he said.

When the current war ends, he said, Ukraine must not “make the mistakes that others made in the past.”

As the visit unfolded, a French diplomatic official even appeared to endorse the broadest definition of victory cited by Ukrainian officials, calling for Russia to relinquish all the territory it has seized from Ukraine, including the Crimean Peninsula, which Moscow annexed in 2014.

“Only Ukraine — the president, the government, the Parliament, the Ukrainian people — can decide what is right in the context of an agreement on peace from which, unfortunately, we are still very, very far away,” he said.

The European leaders, including Prime Minister Mario Draghi of Italy and President Klaus Iohannis of Romania, also traveled to Irpin, a Kyiv suburb where investigators are examining reports of Russian atrocities. Guided by a Ukrainian official, the leaders saw a video and a photo exhibition as well as burned-out and bombed buildings.

“It is even worse,” Mr. Scholz said, “when you see how terribly senseless the violence is that we are seeing here.”

Russia dismissed the visit as empty symbolism. Dmitri A. Medvedev, the former Russian president who is vice chairman of Mr. Putin’s Security Council, on Thursday disparaged the French, German and Italian leaders as “European connoisseurs of frogs, liverwurst and pasta.”

“They promised E.U. membership again and old howitzers, had some Ukrainian vodka shots and took the train home, like 100 years ago,” Mr. Medvedev wrote on Twitter. He added, “It’s just that this doesn’t bring Ukraine any closer to peace. And the clock is ticking…”

Ukraine’s pleas for heavy weapons have grown increasingly urgent as Russia threatens to seize control of the Donbas.

In the twin cities of Lysychansk and Sievierodonetsk, where some of the deadliest fighting has been waged in recent weeks, all of the bridges between the cities have been destroyed, leaving thousands of civilians largely trapped.

An estimated 10,000 people remain in heavily besieged Sievierodonetsk, with several hundred believed to be holed up in bunkers beneath a chemical plant that is under near constant bombardment.

People in the city have reported running out of food and clean water, describing scenes similar to those that played out during the siege in Mariupol, where residents went for weeks without electricity or water and dug trenches to accommodate the mounting numbers of bodies.

Serhiy Haidai, the head of the region’s military administration, said the shelling in Sievierodonetsk was so intense that “people can no longer stand it in the shelters — their psychological state is on the edge.”

Russia does not control the city, he said, and pitched battles are being fought from house to house. At the same time, Russian forces are laying waste to villages around the city, Mr. Haidai said.

“The destruction of the residential sector is catastrophic,” he said.

An estimated 60,000 civilians are still believed to be in Lysychansk, where Ukraine remains in control.

In Brussels, NATO defense ministers ended a two-day meeting on Thursday by weighing ways to deter further Russian aggression and by debating a new “strategic concept,” the first in 12 years, that sees Russia and China as potential threats.

All of these preparations will require member countries to spend more on their own militaries and on NATO itself, Mr. Stoltenberg said. “The substantial strengthening of our deterrence and defense is necessary for security, but it does not come for free,” he said.

The Kremlin has cast NATO as an enemy behind Kyiv in the war, insisting that Ukraine must never join the alliance and calling for other former members of the Soviet bloc to leave it. Moscow has been less vehement in opposing E.U. membership for Ukraine, though it has long preferred Ukraine be economically dependent on Russia.

The support of France, Germany and Italy for E.U. membership was widely celebrated as a breakthrough for Ukraine. Mr. Honcharenko, the Ukrainian lawmaker, said it would help rally Ukraine by signaling a postwar future within the bloc and an end to the perception of Ukraine as a security buffer between Europe and Russia.

“It’s a psychological weapon to demonstrate that Ukraine has a future,” he said.

“Ukrainians are the only people on the continent dying for European values,” he added. “Europe would betray itself if it did not make this decision.”