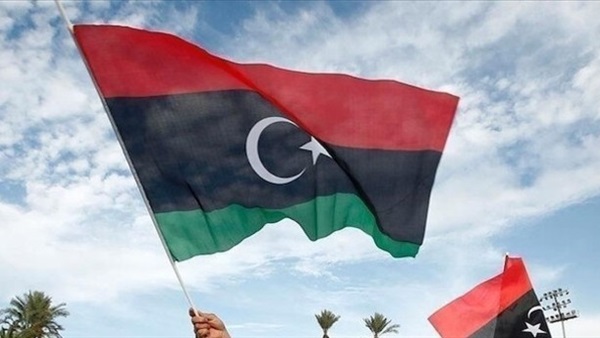 Russian mercenaries in Libya systematically broke international law by laying mines in civilian areas without any attempt to mark their location or remove the lethal devices, UN investigators have found.

According to a confidential UN report that will be made public in the coming weeks, fighters from the Wagner Group, a private military company that has been repeatedly linked to the Kremlin by western officials, also rigged booby traps to powerful explosive anti-tank weapons that were responsible for the death of two mine clearers working for an NGO.

Investigators suspect that a booby trap found in a civilian neighbourhood in Tripoli – made of a mortar shell and plastic explosive attached to a teddy bear – was also the work of Wagner fighters.

The conclusions of the report, by a specialist team that works for a UN committee charged with monitoring the sanctions regime and arms embargo on Libya, will reinforce growing concern in western capitals about the role played by Wagner across Africa.

Last month the Guardian revealed that internal military memos in Mali linked Wagner to a series of massacres there. Wagner has also been accused of human rights abuses in Central African Republic, where in recent months its fighters have been battling rebels on behalf of the government.

Alleged Wagner group fighters have also been accused of murdering civilians during the Russian invasion of Ukraine.

Sergei Lavrov, the Russian foreign minister, recently admitted that Wagner was present in Libya on a “commercial basis” but reiterated Moscow’s official position that the company has nothing to do with the Russian state.

Experts believe there are about 2,000 Russian mercenaries in Libya, 1,000 fewer than at the peak of fighting two years ago.

The UN report seen by the Guardian covers 13 months from March 2021 to April 2022, though the accusation that Wagner indiscriminately used mines in civilian areas dates back to when the group’s fighters supported the advance on Tripoli launched by Gen Khalifa Haftar, a former Libyan army commander who controls much of the east of the country.

The attack stalled on the outskirts of the Libyan capital in early 2020, where Wagner fighters laid large numbers of powerful anti-personnel and anti-tank mines to defend their positions.

Under international law, Wagner should have marked the positions of mines, warned the local population and removed the mines when they withdrew after several weeks later. Failing to do so constitutes a war crime, according to the Geneva conventions.

The panel found that Wagner operatives took no such precautions when they laid 35 anti-personnel mines in civilian areas of the Ain Zara municipality. “This failure to avoid, or at least to minimise, incidental effects of the deployed ordnance on the civilian population … rendered their method of warfare unlawful,” the report says.

Shortly after the withdrawal of Wagner from their positions in Ain Zara, a booby-trapped mine killed two civilian mine clearers. “The device was unmarked and attached to a harmless object inside a civilian house,” the report says.

Investigators also found that Wagner operatives made no attempt to follow international law when they laid booby-trapped anti-tank mines along a road in southern Tripoli likely to be used by civilians after their withdrawal.

Some of the investigators’ conclusions were based on a tablet left by Wagner when they withdrew. The device was obtained by journalists and examined by the UN team.

The tablet stored a 10-page document from January 2020, which included a list of the weapons and equipment required for various sub-units within Wagner in Libya and codenames of senior Wagner staff. These include a “director general” who the investigators identify as “highly probably Yevgeny Prigozhin”, a businessman with close links to Vladimir Putin. Prigozhin has denied to the Guardian that he has any links with Wagner.

The report portrays an anarchic, divided country rife with human rights abuses by a multitude of different actors, 11 years after the Nato-backed overthrow of Muammar Gaddafi.

Libya has been divided since 2014 between the internationally recognised government in the west and Haftar’s forces, a conflict exacerbated by a proxy war between regional and other powers. Haftar is supported by the United Arab Emirates and Russia, while the government is backed by Turkey.

Though there has been no sustained fighting for almost two years, the activities of dozens of armed groups, criminal networks and mercenaries continues to destabilise neighbouring countries.

“The continuing presence of Chadian, Sudanese and Syrian fighters, and private military companies in the country is still a serious threat to the security of Libya and the region,” the report says.

The relative calm established since summer 2020 was due to an “experimental entente” between Russia and Turkey, and has allowed Russia to use its military presence to consolidate economic interests and strategic use of Libya as a launchpad for efforts in the Sahel region farther south.

“It was quite messy to start with but once you have that, both nations could see if a more peaceful Libya was more useful to them and the answer was yes … But the picture is not static and the calm is now more fragile,” said Jalel Harchaoui, a Paris-based independent expert specialising in Libya.

The arms embargo imposed by the UN security council on Libya is “totally ineffective” and “has no deterrent effect”, the UN investigators believe.

The forthcoming report lists at least 175 Russian Federation military flights carrying nearly 10,000 tonnes of cargo between 1 May 2021 and 31 March 2022, which Moscow said comprised “humanitarian assistance to Libya, including the supply of vaccines against Covid-19”.

This response was met with scepticism from investigators. “UN agencies have neither observed, nor heard of, any large quantity of humanitarian aid from the Russian Federation being supplied to, or distributed in, eastern Libya. No humanitarian aid has been identified from satellite imagery or ground reports in the aircraft unloading areas,” the report says.