The Ukrainian gardener captured and tortured by invading Russian troops 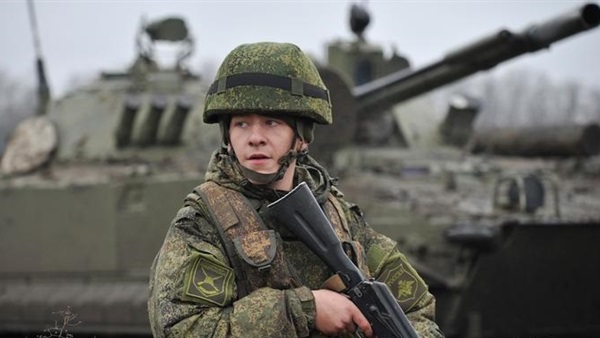 Before Russian troops invaded Ukraine in late February, Igor Kurayan lived in the Black Sea city of Kherson, where he ran a shoe business and where, as a keen gardener, he relaxed by caring for his plants.

But now the 54-year-old Ukrainian is in a rehabilitation clinic in the centre of the country, recovering from the physical and mental trauma of being detained by the Kremlin’s forces for almost a month.

Speaking to The Independent days after he was released in a prisoner exchange, Mr Kurayan claimed his captors abused him.

“I was tortured for two weeks in Kherson. They used pliers to twist my hands, they hit my head and my internal organs with a truncheon,” he said.

He also alleged that they choked him with plastic bags while he was held in the basement of an administrative building, which the occupiers had converted into a makeshift jail.

Prior to the Russian invasion, Mr Kurayan supported Ukrainian forces fighting Russian-backed separatists in the eastern Donbas region, where hostilities began in 2014.

During his eight years as a volunteer, he made hundreds of trips with one of his friends to the frontlines, dropping off vital equipment such as stoves and waterproofs.

However, he did not take up arms until the Russians advanced on Kherson from their bases in Crimea on 24 February this year. He quickly joined his city’s territorial defence and received a weapon.

After a few days of resistance, he and his comrades realised that their efforts were futile. “We couldn’t do anything with our A-545-calibre weapons against the heavy weaponry the Russian forces had,” Mr Kurayan said.

“We understood quite fast that any resilience was impossible because we’d receive only death.”

Mr Kurayan went underground in early March, successfully avoiding Russian searches until 6 April, when he was discovered and taken to be interrogated.

Over the next fortnight, he was repeatedly beaten in an attempt to make him change allegiance.

“He was tortured for being a patriot, for what he did for the military, for the country and for Kherson. They also beat him so that he would betray Ukraine and promote the ‘Russian world’,” his daughter Karina, a 23-year-old filmmaker who lives in Kyiv, explained.

Espoused by Vladimir Putin’s regime, the “Russian world” is an ethno-nationalist doctrine which claims that Russians and Ukrainians are one people. This is something Ukrainians like Mr Kurayan vehemently oppose.

His family did not know his whereabouts until friends sent them screenshots from Russian state TV in mid-April. They recognised him among a group of Ukrainian detainees, who the presenter falsely suggested were Russian sympathisers.

The video was taken in the Crimean city of Sevastopol, where Mr Kurayan had been transferred by truck.

While he was there, he shared a room with a well-known entrepreneur from Kherson. This man, who remains in Russian hands, was in a “really bad condition because his rib cage had been destroyed and he was receiving no medical assistance”, according to Mr Kurayan.

“The Russian occupiers probably haven’t even heard about the Geneva conditions, about how they should treat people in captivity,” he added.

Reflecting on his detention, Mr Kurayan said he was treated better in Sevastopol than in Kherson, but added that his time in Crimea was still painful.

His mental anguish came from Russian troops’ use of his social media accounts to push pro-Moscow propaganda. They created a TikTok account in his name to extend the reach of its dissemination.

Soon after his capture, he was ordered to appear in a video in which he rubbished the government in Kyiv and urged Ukrainians to surrender. He was worried that such material would make people think he was a traitor.

Since he gained his freedom, he has been able to dispel such worries. “The Russians wanted me to betray Ukraine. They even asked me to be mayor in the new Russian-made Kherson administration. But I said no, this could only happen after my death,” he said.

Asked about the future, Mr Kurayan said he wanted to see Russian troops kicked out of Ukrainian territory and to be reunited with his family in Kherson.

To make this happen, he urged the west to deliver more weapons to Ukraine, warning that otherwise the “disease of Russian facism” could spread.

“The Russian world never makes anything better in occupied territories. They destroy territory, and that is all,” he said.

“My main hope is that Russia will leave our lands. My mind is only concentrating on Ukraine and how we can expel Russian troops from Kherson.

“After that, I will garden as much as I can.”